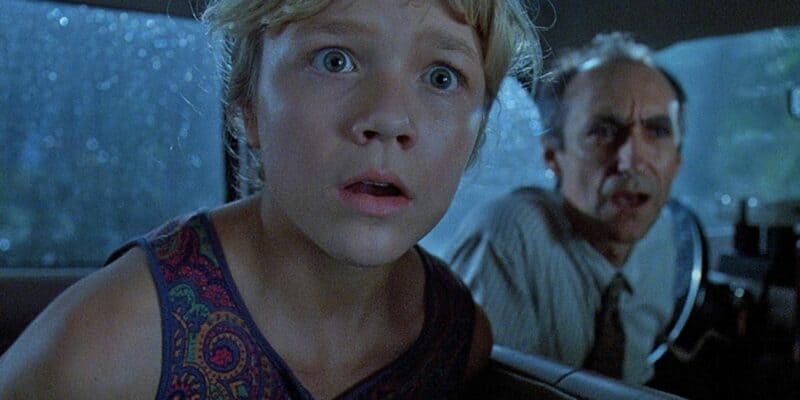 There are now six Jurassic Park movies, and each one of them delivers its fare share of dinosaurs, whether it’s the friendly herbivorous kind, or those of the more meat-eating variety. But there’s at least one dinosaur in each installment that could have done with a bit more screen time.

It’s fair to say that some dinosaurs are more interesting than others, and it’s usually the carnivores we’d like to see more of, usually because they’re the reason why the human villains wind up getting their comeuppances, or because they take part in some epic dinosaur fights.

We think that there’s one dinosaur in each Jurassic Park movie that deserved way more screen time, and here they are.

The Dilophosaurus is one of many dinosaur villains in the Jurassic Park franchise. When those colorful frills are on display, it looks like a beautiful flower, and a deadly one at that. This dinosaur can spit venom at its prey, causing blindness and paralysis.

Disgruntled park employee Dennis Nedry (Wayne Knight), he learns this first-hand when he comes face to face with one. It’s one of the most spine-chilling scenes in the original Jurassic Park (1993), but unfortunately, it would be another 29 years before the Dilophosaurus returned to the franchise.

This isn’t entirely true, though, as it does appear in hologram-form in Jurassic World (2015). Its real return, however, and perhaps by popular demand, is in Jurassic World Dominion (2022), when Claire Dearing (Bryce Dallas Howard) comes face to face with an entire pack.

While it’s great to see them back in the franchise, unfortunately it feels a little too late. Why did the filmmakers leave it too long to reunite fans with one of their favorite dinosaur villains from the franchise? Well, at least we get to see them take out Lewis Dodgson (Campbell Scott).

The Velociraptors get a ton of screen time in the Jurassic Park franchise, so much so that it’s possible they even rival the Tyrannosaurus Rex. In fact, in the original 1993 film — which is when they’re at their most terrifying — they’re as much the main dinosaur villains as the T-Rex is.

However, while they get more screen time in the 1997 sequel than they do in the last two installments combined, we can’t help but feel like they’re still somewhat underused during the franchise’s first trip to InGen’s second dinosaur-inhabited island, Site B/Isla Nublar.

While there are a lot of stupid things in Jurassic Park III, the film does have a lot of charm about it that more recent sequels have failed to capture. It gets a few things right too, with one of them being the main dino-antagonist, the Spinosaurus.

To this day, many Jurassic Park fans refuse to forgive the third installment, and not because it’s quite a silly affair, but largely because the Spinosaurus lays waste to a Tyrannosaurus Rex in a matter of seconds (in its defense, it is a much bigger dinosaur than T-Rex).

The Spinosaurus is relentless in its hunt for Dr. Alan Grant (Sam Neill), Billy Brennan (Alessandro Nivola), Amanda Kirby (Tea Leoni), Paul Kirby (William H Macy), and Eric Kirby (Trevor Morgan) through the jungle, but its exit from the film is entirely anti-climactic.

The only herbivorous dinosaur on our list is Ankylosaurus. This “living tank” appears in Jurassic Park III, Jurassic World, Jurassic World Fallen Kingdom, and Jurassic World Dominion. Unfortunately, it doesn’t really get all that much attention in any one of these four films.

But oddly enough, the film that spends the most time with these incredible dinosaurs is the one that wastes a major opportunity with them. Jurassic World sees vicious dino-hybrid Indominus Rex attack and kill an Ankylosaur while in the jungle, but justice is never repaid.

During the film’s epic dinosaur battle, which sees the Tyrannosaurus Rex, the Indominus Rex, and Velociraptor Blue go head to head on Jurassic World Main Street, it’s hard to imagine that there would even be room for another dinosaur, especially when the Mosasaurus shows up!

However, we think that the film could have squeezed in one more dinosaur – the Ankylosaurus. Why? Well, for starters, there are far too many predators helping out the humans in this situation, so as such, it would have made sense for an Ankylosaur to join in and avenge its fallen comrade!

The fifth installment in the Jurassic Park franchise finds Claire Dearing, Owen Grady (Chris Pratt), and Maisie Lockwood (Isabella Sermon) trapped inside a gothic mansion, where the hybrid has been let loose and is feasting on many human villains.

While this is all pretty entertaining and scary stuff, unfortunately it only really fills the backend of the film, with the first two thirds focusing on the volcanic eruption on the ill-fated Isla Nublar. In fact, the Indoraptor isn’t even remotely hinted at during this part of the film.

The Indoraptor is an incredibly-sleek design, and while some of its attributes are highly questionable (the guided laser stuff makes no sense), it’s still a pretty cool dinosaur. The trouble is that it doesn’t last very long at all, as Blue the raptor shows up to teach it some manners.

We decided to save the best for last, even if many of you will know that the Dimetrodon technically isn’t a dinosaur — it’s a reptile from the Permian Period, an age that predates the Mesozoic era, which is made up of the Triassic, Jurassic, and Cretaceous periods.

The Dimetrodon makes its very long-awaited debut in Jurassic World Dominion, and its appearance comes as a huge surprise. When Maisie, Dr. Grant, and Dr. Ellie Sattler (Laura Dern) wind up in the Amber mines beneath Biosyn Valley, they encounter several Dimetrodons.

They’re all practical too, with no computer effects, which makes them all the more terrifying. The only downside is that they’re six films too late, and even Jurassic World Dominion doesn’t utilize them as well as it could have. Nevertheless, these dinosaurs are the stuff of nightmares.

Which dinosaurs do you think deserved more screen time in the Jurassic Park franchise? Let us know in the comments down below!