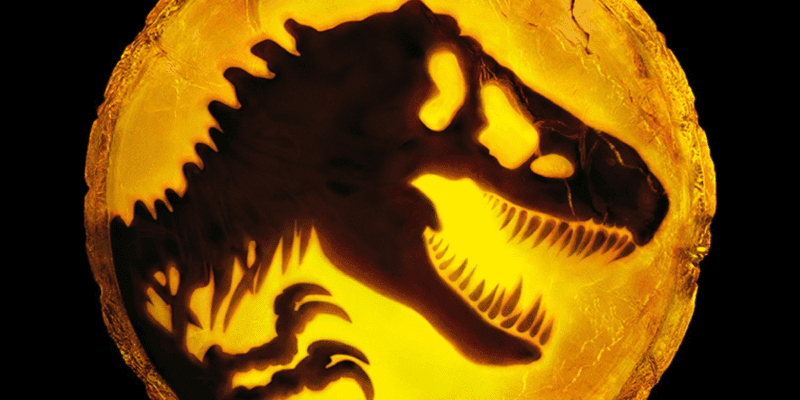 Jurassic World Dominion (2022) might have been marketed as being the last movie in the long-running Jurassic Park/Jurassic World franchise, but the more cynical side of audiences always knew this was never going to be the case.

Trailers promised an “end to the Jurassic era”, and it was suggested before and during the film’s theatrical release that it was the final movie in the series, despite what the likes of producer Frank Marshall had previously gone on record to say.

Jurassic World Dominion has surpassed the $1 billion-mark at the global box office, and though it falls short of its two predecessors Jurassic World (2015) and Jurassic World: Fallen Kingdom (2018), this success means that a sequel, or a continuation of some kind, is even more likely.

In a recent interview with Empire, director Colin Trevorrow talked about how the Jurassic Park/Jurassic World sequels should have never happened, while also looking at how Jurassic World Dominion cleverly laid the groundwork for future movies.

Here’s what he had to say about the five sequels so far, and how his films, in a sense, reinvented the series:

“I specifically did something different than the other films in order to change the DNA of the franchise. The previous five films are plots about dinosaurs. This one is a story about characters in a world in which they coexist with dinosaurs. For the franchise to be able to move forward — because it’s inherently unfranchisable, there probably should have only been one ‘Jurassic Park’ – but if we’re gonna do it, how can I allow them to tell stories in a world in which dinosaurs exist, as opposed to, here’s another reason why we’re going to an island?”

While many fans and critics have criticized the Jurassic World films, there’s no denying that the intended three-film story involved a dramatic departure from the islands, which had become somewhat pedestrian even by the third film in the series, Jurassic Park III (2001).

Trevorrow also previously stated that it was the original Jurassic Park (1993) that inspired the Jurassic World Trilogy, particularly the scene in which the Tyrannosaurs Rex roars as the Visitor Center museum’s banner, which reads “When Dinosaurs Ruled the Earth”, falls to the ground.

“This movie clearly takes a real interest in creating new characters that a new generation is going to latch on to — Kayla Watts [DeWanda Wise], and Mamoudou Athie’s character Ramsay Cole, who I think, in the Extended Edition, you really feel his purpose in a greater way. And Dichen Lachman’s character [Soyona Santos], who just gets arrested at the end. There’s more to come.”

The black market scene, which takes place in Malta, is perhaps one of the more intriguing parts of Jurassic World Dominion, and certainly sets the stage for either a Jurassic World spin-off movie, or a live-action TV series. And the characters Trevorrow discusses — Kayla Watts, Ramsay Cole, and Soyona Santos, certainly feel like they were introduced with future installments in mind.

But perhaps a future movie, or series of movies, could serve as a prequels, which is something else Jurassic World Dominion lays the groundwork for, in the form of Charlotte Lockwood (Isabella Sermon/Elva Trill), a scientist who used to work on Site B/Isla Sorna.

A future installment, whether a movie or TV series, might even take a page out of Michael Crichton’s best-seller “Jurassic Park” (1990), which like its successor “The Lost World” (1995), is vastly different to its silver-screen counterpart. Or maybe a future Jurassic movie won’t even feature dinosaurs at all.

The director also addressed the film’s somewhat misleading marketing, which not only suggested that the film would be entirely focused on dinosaurs living among humans, but that it would be the final film in the series without question. Here’s what he said:

“I never knew that this was the ending of the franchise until I saw the marketing. Those guys are brilliant at what they do, but for me I think it might have been clearer if they’d said, ‘The end of an era’, as opposed to all of it. Because regardless of the cynical approach — of course they’re gonna want to make more money, which is what Jurassic World was about — a new dinosaur fan is born every day. Kids deserve these movies, and young filmmakers grow up on these stories — much like Peter Pan and The Wizard Of Oz and worlds we’ve returned to constantly.”

He added that he would love for a director to discuss with him a future Jurassic film in the same way he approached Steven Spielberg about making Jurassic World, saying:

“What I get fired up about is, if a table has been set here for another mind to do what I did with Steven [Spielberg] and sit down and say, ‘Listen, I’ve got an idea’, I would love for that person to sit with me, or Steven, and just be like, ‘I got it!'”

So it looks like Jurassic World 4 will definitely happen. Colin Trevorrow even recently entertained the idea of an R-rated installment in the series. But the truth is that there are many directions Jurassic Park/Jurassic World can take, especially now that dinosaurs rule the Earth once again.

Bryce Dallas Howard, who plays Claire Dearing in the films, recently said that she would love to return to the franchise as a “legacy character”, much in the same way Laura Dern, Sam Neill, and Jeff Goldblum reprise their roles as Dr. Ellie Sattler, Dr. Alan Grant, and Dr. Ian Malcolm in Jurassic World Dominion.

In what way do you think Jurassic World 4 should reinvent the franchise? Let us know in the comments down below!