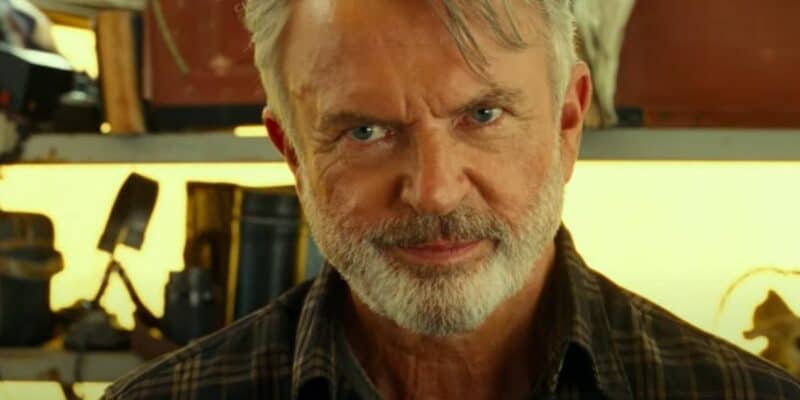 Since its release on June 10 this year, Jurassic World Dominion (2022) has taken the global box office by storm, consistently staying in the rear view of Top Gun: Maverick (2022), which soared to the top spot, having grossed over $1.4 billion worldwide so far.

It’s fair to say, though, that the sixth installment in the Jurassic Park/Jurassic World series has been edging towards a huge milestone a lot slower than many might have predicted. But nevertheless, Jurassic World Dominion has finally dropped the mic on all the film critics.

Despite being a huge box office success, the film opened to mostly negative reviews, with many criticizing the genetically-engineered locusts storyline. Many critics also felt that the franchise had run its course, without giving any praise to the film’s remarkable special effects.

While there’s an argument to be made that Jurassic World Dominion doesn’t quite live up to the marketing (dinosaurs in the wild being the main selling point), it’s an action-packed adventure that lives to serve as a sort of celebration of all the previous films in the series nonetheless.

Now, Jurassic World Dominion has once again defied the critics, as it has finally reached $1 billion at the global box office, cementing its place as the second highest-grossing film of 2022, with Top Gun: Maverick remaining firmly in top place.

It’s entirely possible, of course, that Jurassic World Dominion will face some challenges in the coming months. Not only is the Marvel Cinematic Universe sequel Black Panther: Wakanda Forever (2022) heading to theaters, the long-awaited Avatar: The Way of Water (2022) will also be arriving before the end of the year.

The Jurassic sequel has, however, given Marvel movies a run for their money this year, overtaking the likes of Doctor Strange in the Multiverse of Madness (2022). As such, it could be the Avatar sequel that ends up dethroning Colin Trevorrow‘s box office beast.

There are many directions the franchise could take, such as a prequel trilogy, which is teased in the latest film, as Isabella Sermon plays both Maisie Lockwood and her own mother Charlotte Lockwood, who appears in old footage from Site B/Isla Sorna.

There’s also the possibility of a live-action television series, especially given the popularity of animated show Jurassic World Camp Cretaceous (2020), and of course live-action shows such as Star Wars and Marvel. And then there’s the most obvious choice — another sequel.

Are you a fan of Jurassic World Dominion? Let us know in the comments down below!