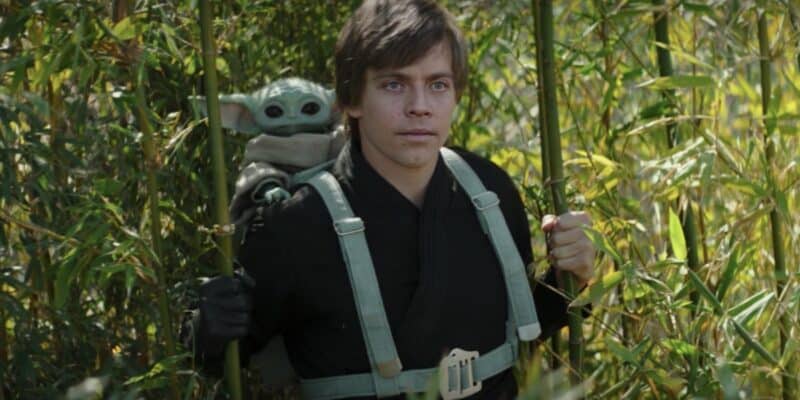 Since The Walt Disney Company purchased Lucsfilm, Ltd. from Star Wars creator George Lucas in 2012, the space opera franchise has been through its fair share of changes.

The franchise has also focused heavily on recasting original trilogy characters with younger actors to continue telling the story of the Skywalker Saga. In Ron Howard’s Solo: A Star Wars Story (2018), for example, Donald Glover took over for Billy Dee Williams as a young Lando Calrissian and Alden Ehrenreich played Han Solo in the days just after he left Corellia and before he owned the Millennium Falcon.

Then, The Mandalorian — Jon Favreau and Dave Filoni’s hit series that has already given rise to spinoffs The Book of Boba Fett and Ahsoka — reintroduced Luke Skywalker during the Return of the Jedi era. The character returned with his new Padawan, Grogu, in Book of Boba, as portrayed by actor Graham Hamilton (albeit with a dose of CGI to help him more closely resemble young Hamill).

Now, however, Lucasfilm President Kathleen Kennedy has confirmed that the galaxy far, far away will no longer recast iconic characters with new actors. Speaking to Vanity Fair about recasting legends, the Indiana Jones producer said that it is “abundantly clear that we can’t do that.”

The article went on to point out that in order to “endure, Star Wars will need new actors, new characters, and a new era, vaulting away from the timeline as we know it.”

This is, seemingly, what the franchise is attempting to do with films like Patty Jenkins’s Star Wars: Rogue Squadron, which is currently set for a December 2023 release. The Wonder Woman director has previously shared that her story — which is Chris Pine approved — will feature a “new cast of characters” but will draw heavily from Star Wars Legends materials, like Michael Stackpole’s popular “Rogue Squadron” novels and the 1990s video game series of the same name.

Both Thor director Taika Waititi and Marvel Studios President Kevin Feige also have Star Wars films in the works that may introduce new stories and eras within the intergalactic universe.

Furthermore, series like Leslye Headland’s The Acolyte are likely to veer from familiar characters — though this dark side-centric project may feature Darth Plagueis, the Sith Master of Darth Sidious/Emperor Palpatine, as a Skywalker Saga tie-in.

It is, though, worth noting that Donald Glover recently teased his return to the Star Wars story on Jimmy Kimmel Live!. The actor and musician is expected to have a role in the upcoming limited series, Lando, which does not yet have a release date. And, Luke Skywalker is expected to return in The Mandalorian Season 3 and other future “Mando-Verse” projects.

Thus, it remains to be seen if Lucasfilm will ever truly be able to distance itself from the characters fans have known and loved for over 40 years. But bear in mind that Grogu didn’t exist until 2019 and that’s worked out pretty well…

Do you want Lucafilm to move on from famous characters?