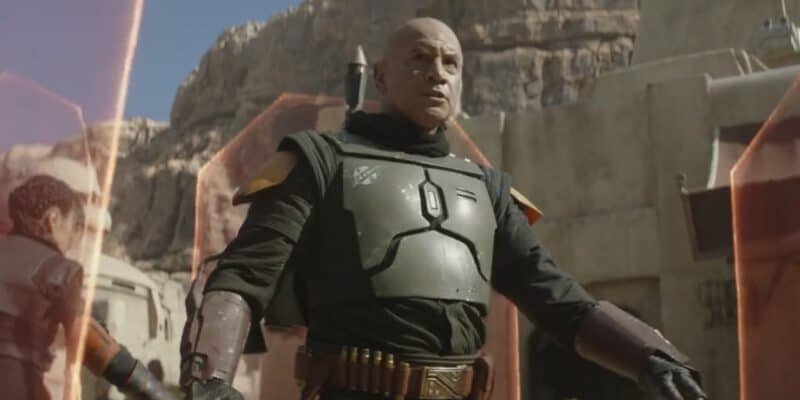 When the official trailer for the first The Mandalorian spinoff series, The Book of Boba Fett, dropped, Mand0-starved fans were, of course, quick to begin speculating about anything and everything that seemed even remotely significant.

Related: There’s a BIG Update About the Most Highly Anticipated ‘Mandalorian’ Spinoff

One of the first things many Star Wars fans picked up on was that the sneak peek at the newest addition to the Star Wars live-action library seems to be signaling the return of a fan-favorite character from Solo: A Star Wars Story (2018).

Qi’ra (Emilia Clarke) and Darth Maul’s Crimson Dawn have been making a splash in the Star Wars universe lately in the canon comic book series “War of the Bounty Hunters”. The crossover event with Marvel Comics has shared a litany of new details about what happened to the carbonite-encased body of Han Solo (Harrison Ford) between the events of Star Wars: Episode V – The Empire Strikes Back (1980) and Star Wars: Episode VI – Return of the Jedi (1983), the latter of which features Jedi Knight Luke Skywalker (Mark Hamill) and Princess Leia (Carrie Fisher) leading a daring rescue of their friend from Jabba the Hutt’s palace.

Now, as fans gear up for the next event in this new Star Wars comic book trilogy — “Crimson Reign” — it appears that The Book of Boba Fett may be bringing Crimson Dawn back to live-action in earnest.

Online, Star Wars fans are absolutely convinced that The Book of Boba Fett has already given us a glimpse of Qi’ra’s underworld faction — and that Emilia Clarke (Game of Thrones, Secret Invasion) is getting ready to make her return to the Star Wars franchise.

Twitter user hay, like many others, believes that a specific scene in the trailer — in which Boba Fett (Temuera Morrison) and Fennec Shand (Ming-Na Wen) are seen fighting a group of guards with red shields — signals the return of both Qi’ra and Crimson Dawn:

i’m confident after the events of war of the bounty hunters this is CRIMSON DAWN coming to settle the score with boba fett oh my GOD I CAN’T WAIT #TheBookofBobaFett pic.twitter.com/X8puhfXt5z

Kristen is taking things one step further, already trying to tie Crimson Dawn together with the rumored Darth Maul animated series and the confirmed second season of Dave Filoni’s The Bad Batch:

Random Thought: If we’re getting Crimson Dawn in Book of Boba and potentially in the Maul animated series, wouldn’t it be interested to see them show up in The Bad Batch, especially if it has the clones working for Crimson Dawn as mercenaries in some capacity.

Random Thought: If we're getting Crimson Dawn in Book of Boba and potentially in the Maul animated series, wouldn't it be interested to see them show up in The Bad Batch, especially if it has the clones working for Crimson Dawn as mercenaries in some capacity.

Given that there are also rumors of a live-action Omega (Michelle Ang) series featuring the first-generation female Jango Fett clone after she grows up and leaves Clone Force 99 behind, Kristen’s ideas aren’t at all far-fetched. At some point, it seems likely that Fett and his “sister” will have to meet, seeing as they are now inextricably connected to one another in the larger Star Wars story.

As for The Book of Boba Fett, few specific details about the series are known beyond that it takes place on Tatooine during The Mandalorian era, approximately five years after the events of Return of the Jedi. Mandalorian showrunner Jon Favreau has billed as “The Mandalorian Season 2.5″ — and it seems that we are stepping into a version of Tatooine controlled be a vengeance-filled Fett. Showrunner Robert Rodriguez recently promised his episode — “Chapter 14: The Tragedy” — of The Mandalorian was “nothing” compared to what is coming next in the Star Wars galaxy.

In addition to wanting Qi’ra to be the main villain in the new series, many viewers are hoping for cameos by Pascal’s Djarin, Timothy Olyphant’s Marshal Cobb Vanth, and, of course, Harrison Ford’s Han Solo — CGI, of course — Rodriguez has yet to confirm any details regarding special appearances by Star Wars fan-favorites.

Do you think Qi’ra is the main antagonist in The Book of Boba Fett?