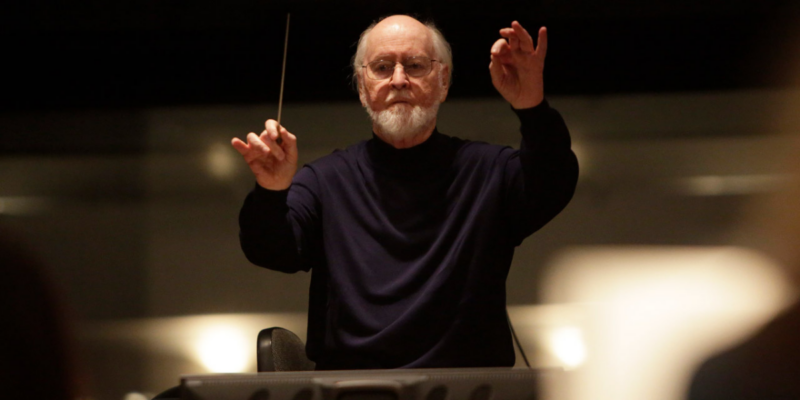 Every Star Wars fan awaits the streaming series Obi-Wan Kenobi, the show single-handily changing the Star Wars universe for good. Some breaking news about the series’ composer will shock and even excite many fans.

The world of Star Wars would not be the same without the legendary music from composer John Williams (Jaws, Raiders of the Lost Ark, E.T.). From Jurrasic Park (1993) to Schindler’s List (1993) to Harry Potter and the Sorceror’s Stone (2001), John Williams has done it all.

Undoubtedly the most iconic and recognizable film composer of his time and history, fans of all ages can recognize his unforgettable scores with just a few notes.

The question is: what music has this man not created? From creating the iconic Superman (1978) theme to even the Olympics score, John Williams will forever leave a massive impact on the world of music and film.

After scoring nine Skywalker Saga Star Wars movies, the maestro has remained in close contact with the galaxy far, far away, even without George Lucas having a part in Lucasfilm.

When news broke that Williams would be composing the central theme for Obi-Wan Kenobi, fans were quick to share their excitement, claiming that the “king” had returned.

Now, ahead of the series premiering, Lucasfilm has revealed the series’ leading composer, someone who Marvel fans will recognize with her Loki soundtrack:

Natalie Holt (‘Loki’) will compose the score for the ‘OBI-WAN KENOBI’ series.

She will be the first woman to compose a live-action Star Wars title.

Natalie Holt (‘Loki’) will compose the score for the ‘OBI-WAN KENOBI’ series.

She will be the first woman to compose a live-action Star Wars title.

Vanity Fair just announced that Natalie Holt (Loki, Batgirl) would compose the entirety of the Obi-Wan Kenobi soundtrack. Her “haunting” approach to this massive milestone in her career was met with her wanting to “pay respect to the history of it [Star Wars]” and the legacy of John Williams:

“Obviously, I’m just thrilled to be mentioned in the same breath as John Williams. It’s been exciting and overwhelming at times, because I’m such a fan. I want to pay respect to the history of it, and do it justice as well.”

“Obi-Wan is a legacy character that John hadn’t written a theme for because he died quite early on in A New Hope. It’s the only legacy character that he hadn’t done. So he spoke to [Lucasfilm president] Kathleen Kennedy and said, ‘I just want to write Benny a theme.’ So who can deny him that? And he did, he wrote the Obi theme, and it just embodies the spirit of the show entirely.”

“For me, the tentpoles are set out by John Williams. There are elements to the show that are new and fresh, and I’ve been able to have my own interpretation with elements—that I can’t reveal. So it’s been glorious, working with my hero and also bringing my own voice to the show.”

Nonetheless, this news confirms that John Williams will not be composing the entirety of Obi-Wan Kenobi. In light of that, this makes complete sense, as Mr. Williams is 90-years old (wow!) and enjoying the slowed-down pace of Hollywood, not jumping from Spielberg movie to Spielberg movie as he did throughout the 1970s to 1990s.

The Mandalorian, arguably one of the most iconic Star Wars soundtracks, was entirely composed by fan-favorite Ludwig Göransson. If Natalie Holt brings even a sliver of her game to Kenobi as she did with the epic Loki score, fans will be in for a treat!

Are you excited about Kenobi? Let us know in the comments below!