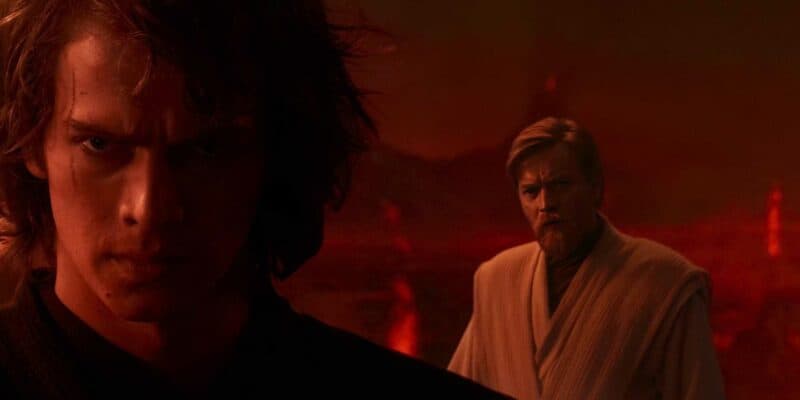 In Episode I – The Phantom Menace (1999), Episode II – Attack of the Clones (2002), and Episode III – Revenge of the Sith (2005), many Star Wars fans found McGregor’s portrayal to be a bright spot in a trio of films that, at least at the time, were not acclaimed.

In the intervening years, however, nostalgia has reigned and the fandom is now thrilled to see McGregor reunite with Hayden Christensen (Anakin Skywalker/Darth Vader) in the upcoming Obi-Wan Kenobi series on Disney+.

As it turns out, however, McGregor himself hadn’t revisited the prequels in nearly 20 years prior to learning he would be reprising his Star Wars role. The Scottish actor recently spoke to Entertainment Weekly, sharing:

McGregor continued, noting that he watched “all nine movies, just to get back in that world.” The Moulin Rouge alum also expressed that he is leaning into Guinness’s portrayal of the legendary Star Wars character more than he previously did this time around:

“I started reading science fiction. Iain M. Banks is a Scottish writer, and I started reading his science-fiction novels. I kind of didn’t do it the first [time]. I did absolutely study Alec Guinness and watched the original three Star Wars films when we did the first one, but I didn’t really think about the genre. And it’s not something I would normally do, but this time I did. I got jazzed about being back in space because I really love it as a movie watcher.”

The series is also expected to showcase numerous Star Wars cameos, including the return of Princess Leia (Vivian Lyra Blair) and the reported appearance of droid bounty hunter 4-LOM, who originally showed up in the iconic “bounty hunter scene” in Star Wars: Episode V – The Empire Strikes Back (1980).

Alongside IG-88, Dengar, Bossk, Zuckuss and Boba Fett, 4-LOM was one of the six bounty hunters hired to find the Millennium Falcon in ESB.

The first two episodes of Obi-Wan Kenobi will drop on the Disney+ streaming platform on May 27, 2022.