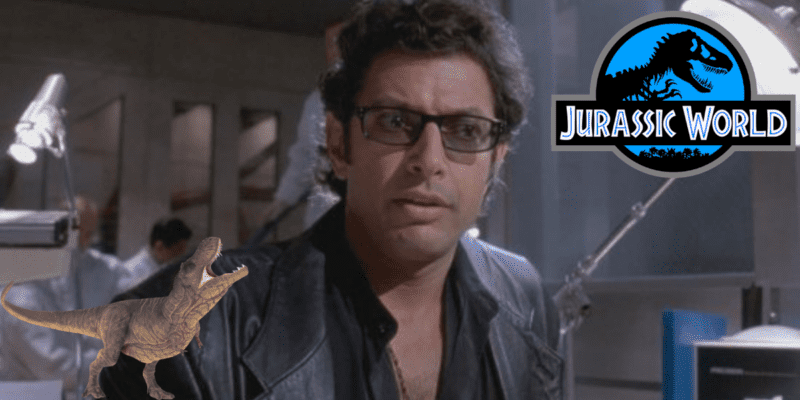 The Jurassic Park and Jurassic World franchises continue to draw great crowds as lifelong fans visit Universal Studios Hollywood and Universal Orlando Resort offerings. Still, even with different attractions and experiences Guests can already enjoy in both parks, it seems the franchise wants to extend even further.

TikTok user tracy.murphy (@jedi_noir) shared a video of her experience while visiting Jurassic World, though she was nowhere near Orlando or California. Murphy takes her viewers through Jurassic World: The Exhibition in Denver, Colorado, an immersive experience created in collaboration with Universal Studios.

The outside building reads, “The closest you’ll ever come to living dinosaurs”, and after “sailing” to Isla Nublar, Guests will be able to encounter all sorts of dinosaurs, from gentle giants to vicious predators.

Much like in Universal Parks, Guests have the opportunity to interact and take pictures with baby dinosaurs and their caretakers, as well as with Blue and other raptors appearing in Jurassic World.

Jurassic World: The Exhibition also takes Guests into close encounters with the feared Indominus Rex and T-Rex, and even through a lab where they can see the eggs and hatching process of different dinosaur species.

Viewers quickly filled the comments voicing their opinions. While some consider the experience “overpriced, over-hyped and oddly designed”, many fans were amazed by the experience, some even mentioning how they got goosebumps just by watching the video. One viewer even asked, “why does this look 10 times better than the universal ride?”.

It is worth noting many comments came up asking for this experience to come to other states and even other countries! Viewers stated, “we need one in Australia my son would love it here” and “I am UPSET that I live where they filmed it and can’t find an experience like this”, referring to The Islands of Hawai’i.

While this shows Universal has a lot of room to grow if they decided to open more exhibitions like this, there are no official plans to do so, at least in the near future. Universal is instead focusing on the development of Universal’s Epic Universe, a new Park, part of the Universal Orlando Resort, set to open in 2025.

Had you heard about Jurassic World: The Exhibition? Would you like to visit Isla Nublar through this experience? Let us know in the comments below!