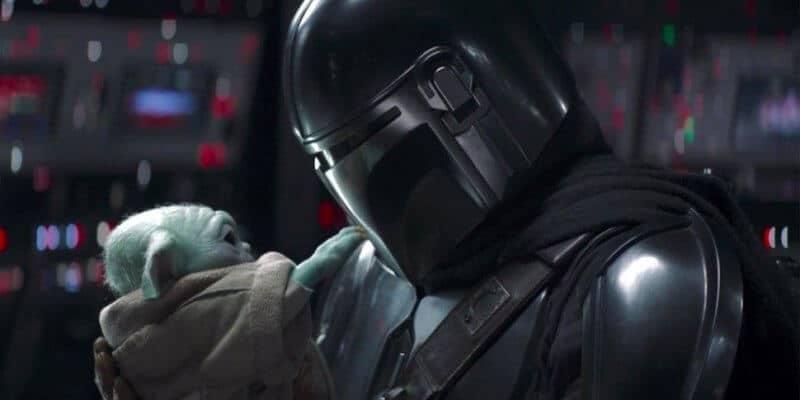 Ever since The Mandalorian first graced television screens when Disney+ debuted on November 12, 2019, Star Wars fans — and even those who have never seen a Star Wars movie or series before — haven’t been able to get enough of Grogu (AKA “Baby Yoda”) and bounty hunter Din Djarin (Pedro Pascal).

Grogu, in particular, has become a pop culture phenomenon — but, now, it seems that our time with the tiny 50-year-old infant and his various companions could be drawing to an end.

A new report indicates that the upcoming third season of The Mandalorian will be the end of the series. It is, however, important to immediately note that this remains unconfirmed by either Lucasfilm or The Walt Disney Company. Furthermore, Moff Gideon actor Giancarlo Esposito has previously indicated that there could be four seasons of the hit Star Wars series.

It certainly seems that there are plenty of stories left to tell in showrunner Jon Favreau and executive producer Dave Filoni’s Mandalorian saga. When we left our heroes in The Mandalorian Season 2 finale episode (“Chapter 16: The Rescue”), Jedi Knight Luke Skywalker (CGI Mark Hamill) was making his epic return to the Star Wars galaxy.

During the battle on Giden’s Imperial cruiser, Djarin ended up winning the Darksaber — the ancient Mandalorian weapon Kryze needs to retake Mandalore and avenge her sister, Duchess Satine Kryze’s, death. The Mandalorian Season 3 is expected to continue where this story arc left off, with or without Grogu, who is now with Skywalker completing his Jedi Order training.

We also know that The Mandalorian has at least two spinoff series in development. The Book of Boba Fett — starring Wen reprising as Fennec Shand and Temuera Morrison as legendary bounty hunter Boba Fett — will debut in December 2021. There are currently expected to be multiple seasons of the show, which Favreau himself is billing as “The Mandalorian Season 2.5″.

Related: Forget Luke And Grogu, ‘The Mandalorian’ Has Another More Powerful Jedi

In addition, Ahsoka, featuring Rosario Dawson in her role as the live-action Ahsoka Tano, is slated to air concurrently with The Mandalorian Season 3 sometime in 2022.

A third spinoff, Rangers of the New Republic, was axed when Gina Carano was fired from the Star Wars franchise. There are, however, rumors that a Luke Skywalker-centric series starring two MCU standbys — Brie Larson as Mara Jade and Sebastian Stan as the Jedi.

Suffice it to say that even if The Mandalorian itself does end after three seasons, Favreau and Filoni are setting the “Mando-verse” up for years of continued action within the larger Star Wars story — so, we think it’s safe to say these now-beloved characters aren’t going anywhere anytime soon.

Do you think the main Mandalorian series will end after Season 3?