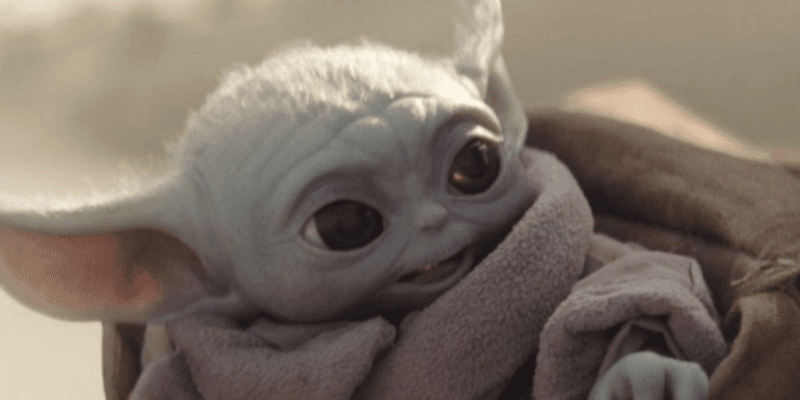 When Star Wars creator George Lucas sold Lucasfilm, Ltd. to The Walt Disney Company in 2012, Star Wars fans felt excitement and trepidation in equal parts. After all, Disney and Lucasfilm had a long history — Star Tours opened at Disney Parks in the 1980s, for example — so who better to carry on the legacy of a galaxy far, far away?

Current Lucasfilm President Kathleen Kennedy was handpicked by Lucas to lead his company into this new era under the Disney banner. Kennedy had previously worked closely with both Lucas and his good friend, Steven Spielberg, on popular franchises like the Jurassic Park trilogy and Indiana Jones.

Then, in 2015, the Star Wars sequel trilogy began with Star Wars: Episode VII – The Force Awakens (2015). The JJ Abrams-directed film fared decently — fans were not necessarily sold on the new core trio of Rey (Daisy Ridley), Finn (John Boyega), and Poe Dameron (Oscar Isaac), but they were certainly willing to give them another shot.

Two years later — after the largely successful release of standalone film Rogue One: A Star Wars Story (2016) –, Rian Johnson’s Star Wars: Episode VIII – The Last Jedi (2017) hit theaters, and Star Wars fans hit the roof. There was, admittedly, a lot to complain about in the film. Whether moviegoers were dissatisfied with Jedi Master Luke Skywalker’s (Mark Hamill) anticlimactic death on Ahch-To or the general lack of direction in storytelling, the divisive nature of this installment remains today.

Finally, the Skywalker Saga officially ended with Star Wars: Episode IX – The Rise of Skywalker (2019). The film was once again directed by Abrams after Colin Trevorrow exited the project — Abrams has since admitted he lacked direction, and the movie showed it.

Star Wars fans were less-than-thrilled with how the four-decade-long saga ended. As The Atlantic noted:

Right now, Star Wars is at a turning point. Lucas’s original vision famously inspired an era of big-budget blockbuster movies whose creators, just as famously, eventually ran out of new ideas and came to rely on sequels and spin-offs. Inevitably, Star Wars itself succumbed to that fate…hough early acclaim and profits were impressive, creative troubles began to hurt the bottom line. In 2019, dismayed reviews and relatively soft ticket sales greeted The Rise of Skywalker, the finale of a trilogy set 30 years after the action of the first films. Around that time, Disney’s CEO, Bob Iger, announced a moviemaking “hiatus” for Star Wars.

Fortunately, there was already something great brewing at Lucasfilm — and it just might save Star Wars.

On November 12, 2019, just about a month before The Rise of Skywalker hit theaters, Jon Favreau and Dave Filoni’s The Mandalorian premiered on the Disney+ streaming platform. From the moment fans first saw Grogu — then known as simply The Child or, fondly, “Baby Yoda” — and bounty hunter Din Djarin (Pedro Pascal), they knew they were in for something special.

Over the course of two seasons so far, showrunner Favreau and executive producer Filoni have taken us on a brilliant journey across the Outer Rim as Djarin and Grogu meet characters new and old — from adventures with Greef Karga (Carl Weathers) and Cara Dune (Gina Carano) on Nevarro to crossing paths with Bo-Katan Krzye (Katee Sackhoff) on Trask to learning Grogu’s tragic backstory from Ahsoka Tano (Rosario Dawson) on Corvus, for the past couple of years, the Star Wars story has felt more authentic than it has since the 1980s.

Disney understands how successful the series has been. Hasbro has even credited The Mandalorian with keeping the toy company afloat during the COVID-19 pandemic, and Grogu has become a pop culture sensation.

As a result of The Mandalorian‘s success, the Star Wars fandom can expect to see a lot more of Din Djarin and his foundling in the future. Favreau and Filoni’s ever-expanding corner of the Star Wars galaxy now consists of The Mandalorian — Season 3 is upcoming –, Ahsoka, The Book of Boba Fett, and, potentially, Rangers of the New Republic if it is reworked at some point.

Furthermore, Filoni’s latest animated series, Star Wars: The Bad Batch, is currently airing on Disney+. It picks up where Star Wars: The Clone Wars left off, and has even gone so far as to help clear up Supreme Leader Snoke’s existence in the sequel trilogy.

Kennedy, for her part, is set to be involved in upcoming Star Wars feature films, but she and the Lucasfilm Story Group have seemingly been kept away from having heavy involvement in Favreau and Filoni’s Mandalorian saga.

Walt Disney Company CEO Bob Chapek recently confirmed that Kennedy will keep her post as Lucasfilm President for the foreseeable future, so while Disney might not be turning its back on her overall, it certainly seems that they are leaning more and more in the direction of giving creative control of the Star Wars franchise to what is working — in this case Favreau and Filoni’s characters — and leaving Kennedy’s brand of Star Wars behind.

As The Atlantic’s article noted, there’s just something about The Mandalorian that makes you want to root for the characters, and that tugs on your heartstrings in the way George Lucas’s original trilogy was so adept at doing. It feels, almost, like coming home:

My favorite of the many arcs in The Mandalorian involves a froglike creature carrying her unhatched eggs to another planet. Because the alien doesn’t speak his language, the Mandalorian treats her coldly—until she commandeers a droid’s translation system and delivers a desperate plea for help. Watching that scene jangled my empathy so much that I began to look even at subway rats with a sense of wonder. They are characters in this galaxy too.

Are you a fan of The Mandalorian over the Star Wars sequel trilogy?