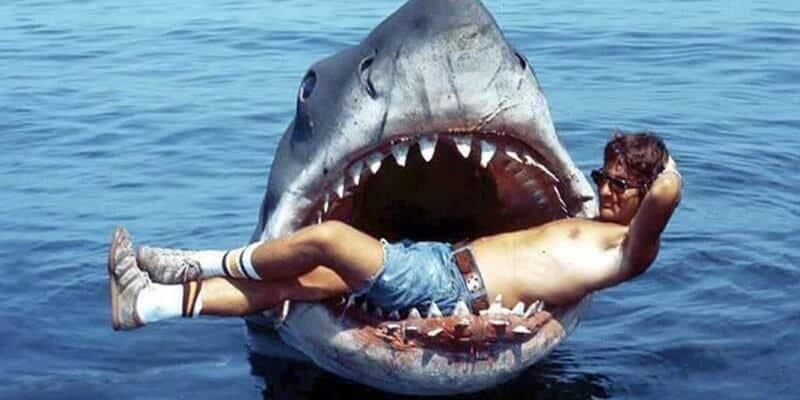 Hollywood legend Steven Spielberg has joined forces with Netflix. His Amblin Entertainment production company is set to make multiple films per year for the streaming giant.

The Netflix deal will co-exist side by side with the one Spielberg and Amblin have at Universal Pictures. Neither will have first shot at Amblin properties; Spielberg will make some films for Universal, and others to be made for Netflix. The expectation is that Amblin will generate multiple films per year for Netflix, which has a voracious appetite for content and releases a new film per week. Amblin’s Universal deal was extended last December, at which time comments reflected the possibility that a streaming deal might be in the offing.

…that he’s specifically dedicated to a theater-based cinematic experience as “a firm believer that movie theaters need to be around forever.” Accepting the Filmmaker Award at the event, Spielberg said, “I hope all of us really continue to believe that the greatest contributions we can make as filmmakers is to give audiences the motion picture theatrical experience.”

Although many thought Spielberg’s comments were merely a nod to the immersive worlds he’s created, such as the Jurassic Park franchise, others assumed he was pointedly slightly streaming services like Netflix, Hulu, and Disney+.

No matter how Spielberg’s comments were meant two years ago, he has clearly come around to the idea of streaming movies now. He said of the Amblin Entertainment and Netflix deal:

“At Amblin, storytelling will forever be at the center of everything we do, and from the minute Ted and I started discussing a partnership, it was abundantly clear that we had an amazing opportunity to tell new stories together and reach audiences in new ways. This new avenue for our films, alongside the stories we continue to tell with our longtime family at Universal and our other partners, will be incredibly fulfilling for me personally since we get to embark on it together with Ted [Ted Sarandos], and I can’t wait to get started with him, Scott [Scott Stuber], and the entire Netflix team.”

It is worth noting that Spielberg’s Amblin Entertainment and Netflix have informally collaborated previously. Six-time Oscar-nominated Netflix film The Trial of the Chicago 7 was produced by Amblin and directed by Aaron Sorkin. Furthermore, Netflix acquired the rights to both produce and release Amblin’s Maestro, a film that Bradley Cooper will both direct and star in as iconic composer, Leonard Bernstein.

It is not yet known if Spielberg’s DreamWorks division, which focuses its efforts on animated feature films will also be making movies for Netflix now.

As for the iconic American film director himself, he is currently working on Indiana Jones 5 with Harrison Ford reprising his role for the fifth time. Spielberg will not direct Indy 5, giving up the director’s chair to James Mangold. He will, however, serve as executive producer.

What do you think about Spielberg’s new deal with Netflix?

Comments Off on Steven Spielberg Joins Forces With Netflix