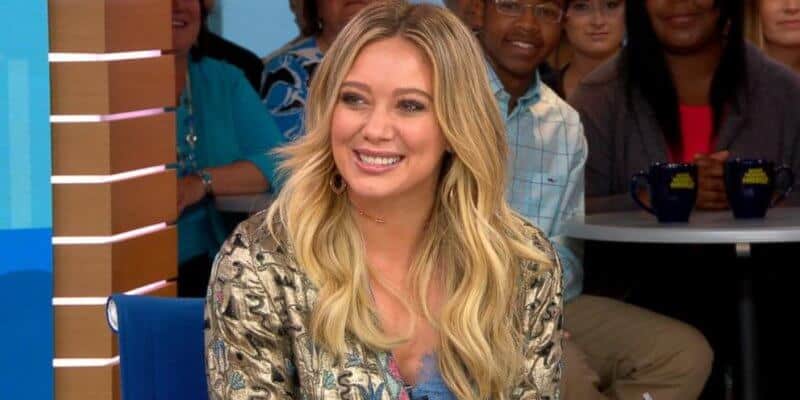 Fans were elated when news broke in 2019 that Hilary Duff would be reprising her role as the famous teen icon Lizzie McGuire in a Disney+ sequel series, taking place years after the events of the Disney Channel favorite television show.

Unfortunately, the series — which was described as a reboot featuring Duff’s Lizzie McGuire in her 30’s — was canceled, even after fans petitioned for the sequel of the beloved show to move to the streaming service, Hulu.

The news of Hilary Duff’s return to the small screen as Lizzie McGuire saw an intense reaction from the fandom, especially those who grew up with the character on the Disney Channel, where the series originally aired.

The cast had been announced, with reports stating that two episodes had actually already been filmed, but ultimately it wasn’t Lizzie’s time to come back. Duff shared a heartfelt message to her fans announcing that the reboot was not meant to be, explaining, “I want any reboot of Lizzie to be honest and authentic to who Lizzie would be today. It’s what the character deserves.”.

Well, it so happens that when one door closes, another door opens. Hulu has picked up a 10-episode sequel to the much-adored CBS television series How I Met Your Mother. The new show, which is called How I Met Your Father, will see Duff take on the leading role of Sophie, where she will recount to her son the story of how she met (you guessed it!) his father.

In a recent Instagram post, Hilary Duff shared her excitement about the role, saying she “is really excited to dig in and find out who Sophie is going to be and the new on-screen family I’m going to have. Super exciting!”

The video was posted in three different clips on the same post along with the caption:

What is How I Met Your Father?

The premise is extremely similar to the hit television series How I Met Your Mother, which began airing in 2005 for a solid nine-year run. The CBS show had a stellar cast including Alyson Hannigan (Lily Aldrin), Jason Segel (Marshall Erikson), Neil Patrick Harris (Barney Stinson), Josh Radnor (Ted Mosby), and Colbie Smulders (Robin Scherbatsky), following them through the ups and downs of adulthood.

It’s interesting to see this full circle moment happen, especially as the Lizzie McGuire reboot faced controversy over its creative direction, which some report to be the reason behind its cancellation. Tensions can’t have been too high as Duff’s move to star in a Hulu series — the streamer is owned by The Walt Disney Company — shows that she is moving on from Lizzie. Duff will also serve as a producer on How I Met Your Father.

Per Entertainment Weekly, it looks like the How I Met Your Mother sequel has quite the creative team behind it:

How I Met Your Father is created by Isaac Aptaker and Elizabeth Berger (This Is Us) but original How I Met Your Mother creators Carter Bays and Craig Thomas will executive produce alongside them. The series will be produced by 20th Television, which also produced the original series under its previous name. Duff is a producer as well.

The Disney Channel actress has also just released a book called “My Little Brave Girl”. She is married to Matthew Koma and has two daughters, Banks Violet Bair and Mae James Bair, with another child, Luca Cruz Comrie, from her marriage with hockey player ex-husband Mike Comrie.

How I Met Your Mother collected legions of fans during its CBS tenure, so it will be interesting to see how the sequel fares. The formula is already there — a fun narrator, adults getting themselves into all sorts of hijinks, a heartfelt love story — but with the This is Us creators onboard, it’s going to be fascinating as to how the sequel will shape up. We are looking forward to seeing the Younger star in the new show.

Are you excited to see Hilary Duff in How I Met Your Father?