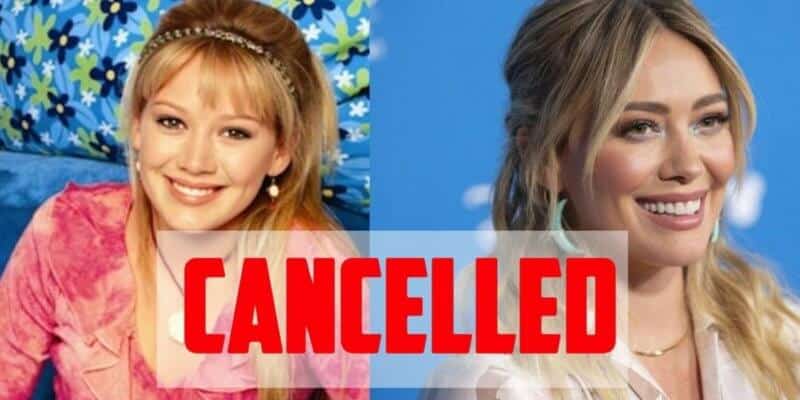 Sad news for all my Lizzie McGuire fans out there — the highly anticipated reboot is no longer happening.

But now, it looks as though we are not getting a sequel series at all. The news comes from Hilary Duff herself, who posted on Instagram a heartfelt message informing her fans that Lizzie is not going to be getting her reboot.

Duff posted a screenshot of a message she had typed out, which reads:

I’ve been so honored to have the character of Lizzie in my life. She has made such a lasting impact on many, including myself. To see the fans’ loyalty and love for her, to this day, means so much to me. I know the efforts and conversations have been everywhere trying to make a reboot work but, sadly & despite everyone’s best efforts, it isn’t going to happen. I want any reboot of Lizzie to be honest and authentic to who Lizzie would be today. It’s what the character deserves. We can all take a moment to mourn the amazing woman she would have been and the adventures we would have taken with her. I’m very sad and the stars just didn’t align. Hey now, this is what 2020s made of.

This is sad news for all Lizzie McGuire fans as we were all expecting this reboot to be bigger and better than ever. In fact, when Hilary Duff announced Gordo would be returning to the sequel series, the Internet went crazy! “Gordo was an essential piece of the puzzle to what made the original Lizzie McGuire so authentic and beloved. I couldn’t imagine the series without him,” said Hilary Duff at the time.

It’s been a long road for the reboot ever since it was announced at the D23 Expo in 2019. Back in February, we reported that Hilary Duff suggested the Lizzie McGuire reboot was not exactly “family-friendly” enough for the Disney streaming service. Similar to why the Love, Simon series — Love, Victor — was moved to Hulu, it looks as though that is the same reason why the original show creator was also taken off the project — For “family-friendly” reasonings.

Also back in February, we reported that Duff spoke out about the possibility of the Lizzie McGuire reboot moving to Hulu as well as her thoughts and reasoning behind the show saying “I feel a huge responsibility to honor the fans’ relationship with LIZZIE who, like me, grew up seeing themselves in her. I’d be doing a disservice to everyone by limiting the realities of a 30-year-old’s journey to live under the ceiling of a PG rating.”

It seems as though the creators and writers just couldn’t do Lizzie justice and Hilary Duff was not settling for anything less than perfect. I mean, can we blame her?

Are you upset to see the Lizzie McGuire reboot get canceled? Let us know your thoughts in the comments.