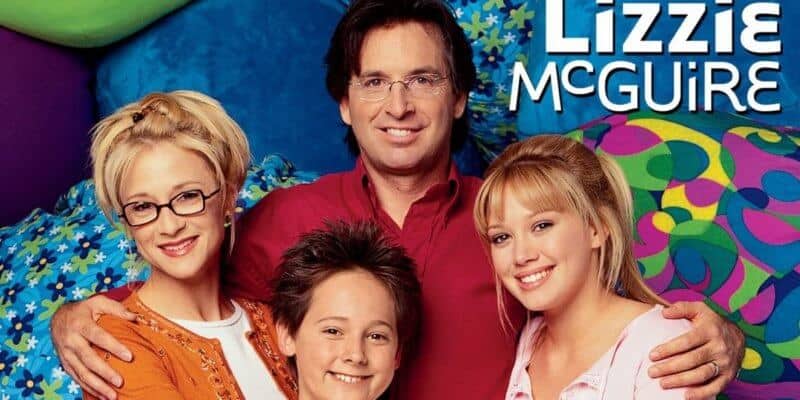 If you believe, we’ve got a picture-perfect plan — the opening lyrics to the hit Disney Channel series, Lizzie McGuire couldn’t be more accurate today.

In case you haven’t been keeping up with the latest Lizzie McGuire reboot news, Hilary Duff herself recently took to Instagram, sharing a heartfelt message informing her fans that Lizzie is not going to be getting her reboot, even though the cast and crew already filmed two episodes, according to Jake Thomas (the actor who portrays Matt, Lizzie’s little brother).

The reboot would have been epic, to say the least. I mean, the 0riginal cast of the Disney Channel show were all expected to return to reprise their roles — including Hallie Todd (Jo McGuire/Lizzie’s Mom), Robert Carradine (Sam McGuire/Lizzie’s Dad), and Jake Thomas (Matt McGuire/Lizzie’s brother). Also previously announced were Adam Lamberg as Gordo and, of course, animated Lizzie.

Now, it looks as though fans have “a picture-perfect plan” to save the Lizzie McGuire reboot as they have started a petition to move the project to Hulu.

To refresh everyone’s memories, it has been a long road for the reboot ever since it was announced at the D23 Expo in 2019. In fact, back in February, we reported that Hilary Duff suggested the Lizzie McGuire reboot was not exactly “family-friendly” enough for the Disney+ streaming service. Similar to why the Love, Simon series — Love, Victor — was moved to Hulu, it looks as though that is the same reason why the original show creator, Terri Minsky, was also taken off the project — for “family-friendly” reasons.

Also back in February, we reported that Duff spoke out about the possibility of the Lizzie McGuire reboot moving to Hulu, saying, “I feel a huge responsibility to honor the fans’ relationship with LIZZIE who, like me, grew up seeing themselves in her. I’d be doing a disservice to everyone by limiting the realities of a 30-year-old’s journey to live under the ceiling of a PG rating.”

It seems as though the creators and writers just couldn’t do Lizzie justice for Disney+ and Hilary Duff was not settling for anything less than perfect. Now, fans really want to see the creators and writers come together and compromise with Hilary Duff, suggesting even moving forward with the reboot on Hulu, just like Duff previously hinted at and just like they did for Love, Victor, which was a hit for the streaming platform as it was renewed for a second season.

One Inside the Magic reader — Logan at @whatdoyousuppose — shared the petition with us, which states that fans are completely devastated and even suggests that the Lizzie McGuire reboot would be perfect for Hulu.

Back in 2019, Disney+ announced that a Lizzie McGuire reboot was in the works. People were hyped! They the got the original cast back, wrote the script, filmed 2 episodes and even released a sneak peek. Unfortunately, production came to a halt in January 2020. There were disagreements about the adult content and the showrunner left. Hilary Duff pleaded to move the show to Hulu. She believes that the show should be directed towards adults. People that watched the original show grew up. The show can’t be authentic with a PG rating. Disney+ still tried to make the reboot work. They even found a new showrunner, according to a castmember. But after almost one year of silence, Hilary announced that the show was cancelled.

Fans are devastated by this news. The cast also had high hopes that it could work. This is very painful: for the fans, the cast, the crew. Especially after all the work they’ve done to make this reboot.

That’s why I’m starting this petition. Maybe Hulu could pick up the show, like Hilary requested. “Love, Victor” was also moved from Disney+ to Hulu. Another option is Star, the new adult section from Disney. It’s still under the Disney umbrella, so it’s a win-win.

Please Disney, don’t give up on this show. This could be a great succes! Come on Lizzie fans, let’s make this happen! Save Lizzie McGuire!

The petition already has nearly 800 signatures at the time of publication, but the number is increasing by the minute. If you want to sign the petition, you can do so by clicking here.

Are you upset to see the Lizzie McGuire reboot canceled? Will you be signing the petition? Let us know in the comments below.