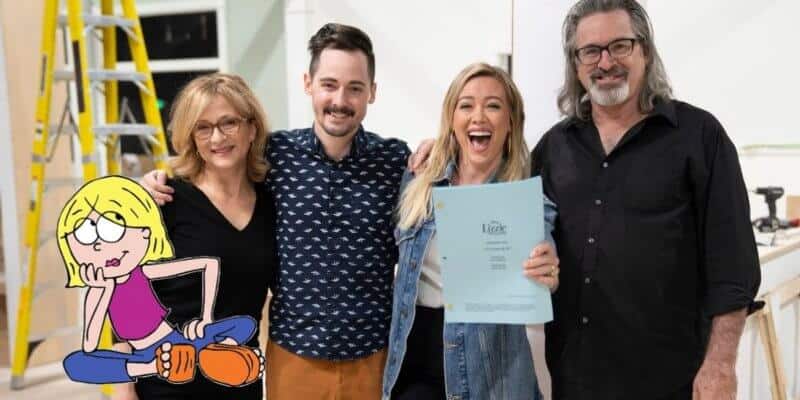 All of my Lizzie McGuire fans are still mourning the loss of the reboot, which really could have been epic. I mean, the 0riginal cast of the Disney Channel show were all expected to return to reprise their roles — including Hallie Todd (Jo McGuire/Lizzie’s Mom), Robert Carradine (Sam McGuire/Lizzie’s Dad), and Jake Thomas (Matt McGuire/Lizzie’s brother). Also previously announced were Adam Lamberg as Gordo and, of course, animated Lizzie.

However, now that the reboot has been scrapped, one of the actors is speaking out and spilling the beans on what could have been.

Jake Thomas, known for playing Lizzie’s little brother Matt, took to Instagram to share that prior to the show getting scrapped, they actually already had two episodes filmed. So what has Matt been up to? Well, Jake Thomas says:

“I’m bummed you all don’t get to see how Matt grew up. He was pretty chill. Still a bit of a cocky a*****e, but a good dude. Lived large. Spoke fluent Japanese. And was a total Elon Musk fanboy.”

So even though we, unfortunately, won’t get to see what Lizzie is up to, we now know what Matt has been doing — and I mean, it sounds just like where Matt really would be today. The prankster little brother grew up to learn a new language, and the fact that he was a huge Elon Musk fan doesn’t surprise us one bit. We can only hope the rest of the cast will start taking to social media and speaking out on where their characters all lie and what they’ve been up to.

We know Hilary Duff had high expectations for Lizzie, which is why they actually pulled the reboot — Because Duff and the writers just weren’t seeing eye to eye, which we have to respect Duff for. As Duff wrote in her Instagram post, “I want any reboot of Lizzie to be honest and authentic to who Lizzie would be today. It’s what the character deserves. We can all take a moment to mourn the amazing woman she would have been and the adventures we would have taken with her.”

It’s been a long road for the reboot ever since it was announced at the D23 Expo in 2019. Back in February, we reported that Hilary Duff suggested the Lizzie McGuire reboot was not exactly “family-friendly” enough for the Disney streaming service. Similar to why the Love, Simon series — Love, Victor — was moved to Hulu, it looks as though that is the same reason why the original show creator was also taken off the project — for “family-friendly” reasonings.

What do you think the rest of the characters are up to? Let us know your predictions in the comments below.