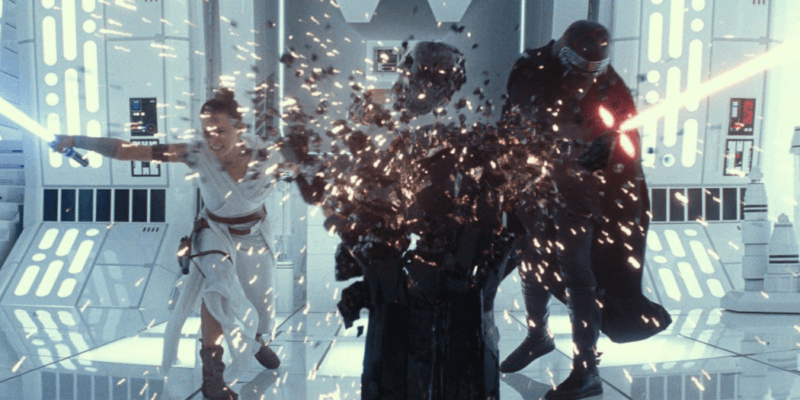 When The Mandalorian debuted on the then-new Disney+ streaming platform on November 12, 2019, it almost immediately changed the landscape of the Star Wars universe.

From the moment bounty hunter Din Djarin (Pedro Pascal) and 50-year-old infant foundling, Grogu — then known only as “Baby Yoda” or “The Child” — Star Wars fans felt that Jon Favreau and Dave Filoni were hearkening back to a bygone era when George Lucas still had full creative control of his space opera saga.

In addition, the hit show has given rise to two spinoffs — The Book of Boba Fett and upcoming Ahsoka — and has seen the introduction of the entire “Mando-Verse.”

Furthermore, thanks in large part to the overwhelming success of The Mandalorian, the team at Lucasfilm has gone all-in with live-action Star Wars series. Ewan McGregor and Hayden Christen recently reprised their prequel trilogy roles in Obi-Wan Kenobi and Rogue One spinoff Andor, starring Diego Luna, is set to debut on August 31, 2022.

In addition, the Star Wars franchise has numerous other series, such as The Acolyte and Skeleton Crew, coming down the pipeline alongside feature film projects from Patty Jenkins, Marvel Studios boss Kevin Feige, and Taika Waititi.

Now, in light of all of this upcoming content, a Lucasfilm executive has officially revealed what has to happen in order for the Star Wars galaxy to succeed moving forward:

In a recent interview, the studio’s executive vice president Lynwen Brennan admitted that “the people running the franchise have found this notion [that there are millennia before the Skywalker Saga and millenia after] to present a unique challenge. Limited to the specific 67-year timeframe of events in Star Wars (Phantom Menace through Rise of Skywalker), Brennan admits that exploration is secondary to careful interior gazing.

She said, specifically, that to succeed, Star Wars creators cannot “overwhelm” consumers, many of whom have been passionate fans since George Lucas released Star Wars: Episode IV – A New Hope in 1977:

“I think the wonderful thing about ‘Star Wars’ is it’s a gigantic galaxy with thousands and thousands of years of history, so that’s a big place to explore. Finding a way that we can explore those different parts, but in a way that’s connected and doesn’t feel overwhelming, and we don’t overdo it — because I think ‘Star Wars’ is also special.”

Given that one of the biggest reasons the sequel trilogy was a debacle was it’s apparent reliance on nostalgia, it will be intriguing to see how far Lucasfilm can push the envelope beyond popular, well-known characters before receiving backlash in the other direction from the notoriously fickle fandom.

What do you think about Lucasfilm’s official stance on how to propel Star Wars forward?