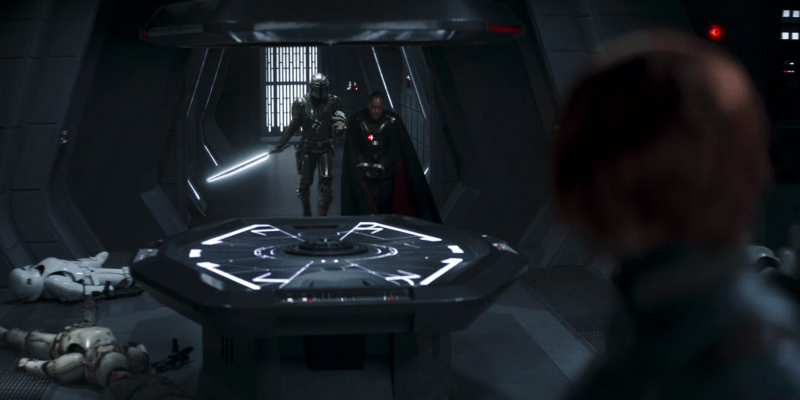 When The Mandalorian Season 2 (“Chapter 16: The Rescue”) ended with the epic return of Jedi Knight Luke Skywalker, Star Wars fans have been clamoring for details about Season 3 of Jon Favreau and Dave Filoni’s hit Disney+ Original series.

Then, many Mandalorian stars returned in The Book of Boba Fett, setting up the basis for the third season of the popular Star Wars show, which put Disney+ on the map upon its November 12, 2019 debut.

Filoni’s episode — “Chapter 6: From the Desert Comes a Stranger” — in particular, orchestrated the returns of Skywalker (CGI Mark Hamill/Graham Hamilton) — who officially interacted with his father’s Padawan, Ahsoka Tano (Rosario Dawson), for the first time — Grogu himself, and Marshal Cobb Vanth (Timothy Olyphant).

Now, although little is known about the actual plot of The Mandalorian Season 3 — except that we are likely to see Djarin an Grogu return to Mandalore and the Darksaber saga will continue — we do know that the show has finished filming and has a February 2023 debut date.

Recently, actor Giancarlo Esposito (Once Upon a Time, The Boys, Better Call Saul) spoke out about what viewers can expect from his story arc in the upcoming third season, and it seems that there might be a bit of villainous “bait and switching” going on.

“Moff Gideon is doing more than surviving. He’s bait and switching. He has an agenda all his own. He’s been a warden of a certain part of the galaxy. He wants to bring all the other wardens together, for what reason? Why can’t he just live in peace on his own little, uh, piece of paradise? There’s gotta be a reason that he’s bringing all of them together. He must have agenda.”

Although Esposito was typically cautious in his response — Favreau and Filoni run famously “cloak and dagger” sets — he did give fans some idea of what to expect when The Mandalorian Season 3 premieres in the winter.

It’s even possible that the rumored scene in which Djarin will supposedly be joined by a legion of 75 other Mandalorian warriors could feature Gideon and his faction of wardens from across a galaxy far, far away, though nothing, of course, has been confirmed about this reported sequence.

For now, all Mandalorian fans can do is wait — and enjoy Obi-Wan Kenobi.

What are you hoping for when The Mandalorian Season 3 hits Disney+?