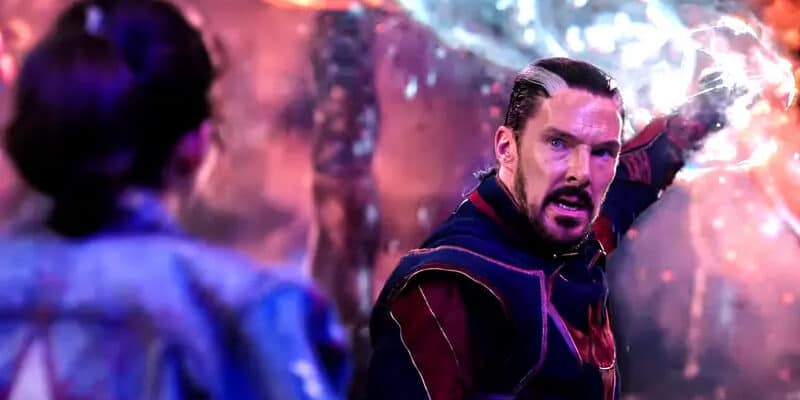 Marvel removed a crazy cameo from Doctor Strange in the Multiverse of Madness (2022) as they failed to edit the character out of the movie.

Benedict Cumberbatch’s Doctor Strange embarks on a new adventure in Doctor Strange 2 that takes Marvel fans through the Multiverse for the first time. Strange is trying to protect a new ally, America Chavez (Xochitl Gomez) from an unknown danger.

Doctor Strange 2 also shows fans some amazing teases of what might happen in the main MCU universe (Earth-616). If you haven’t watched the movie, then it’s time to leave as Marvel hid some crazy cameos in the movie and these are things you shouldn’t have spoiled.

When Doctor Strange meets the Illuminati, he learns that in that universe, his variant is the most powerful threat they faced. While fans weren’t surprised to see Patrick Stewart as Charles Xavier, fans were definitely happy to see John Krasinski as Reed Richards. Some fans also recognized that Anson Mount got to play Black Bolt again giving fans hope that the Inhumans might return.

While most of the rumors of who could appear were false, fans really did expect to see Tom Cruise as Iron Man. Most fans thought Marvel was going to use Superior Iron Man, a variant that wasn’t known to be entirely good, and created an Iron Legion that was similar to the Ultron bots used in the movie.

Captain Carter and Black Bolt sit on the left, while Reed Richards and Captain Marvel sit on the right with Mordo walking over to the right and Charles Xavier brings his own seat. So what about the empty chair? After the Illuminati is introduced, the shots never show the full council and always cuts out the empty chair from the scene.

Now, this doesn’t necessarily mean that the other seat is for Iron Man, but since the Illuminati have a network designed with what appears to be a good variant of Ultron, it makes the most sense for Iron Man to have a seat on the council. The scene also never shows the Illuminati leaving the room implying that perhaps those shots were cut because they couldn’t show Iron Man or that there was an empty seat.

When Sam Raimi went to edit the movie down to a final cut, he removed around 35 minutes, meaning that the whole Illuminati could have been changed. Knowing Elizabeth Olsen’s Wanda Maximoff/Scarlet Witch‘s past with Stark Industries, it would have been amazing to see the two fight. Even if Wanda had killed the Iron Man variant, it definitely would have been cool to see her fight him.

Hopefully, Marvel will confirm that Iron Man originally was in the movie, but it’s hard to understand why he would’ve been removed. Perhaps Marvel wanted to be safe and not anger fans with someone else playing Iron Man in the movie as some fans would feel that Robert Downey Jr.’s role shouldn’t be replaced.

Related: Marvel Dominates Box Office With “One of the Top Launches of All Time”

Do you think Iron Man was cut from the movie? Were you hoping to see him with the Illuminati? Let us know what you think!