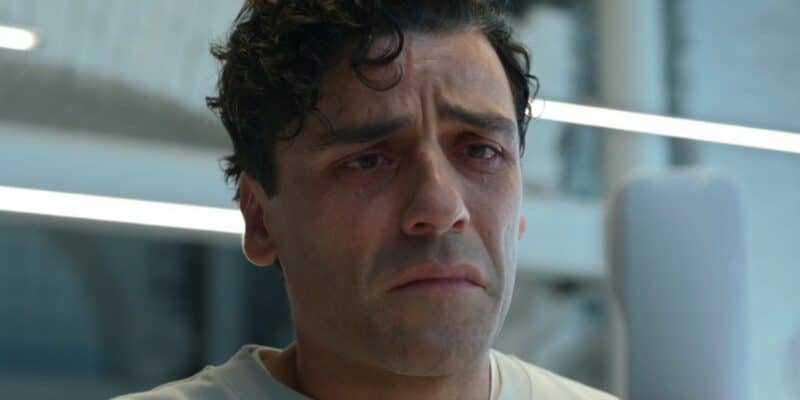 Marvel decided that Oscar Isaac’s Moon Knight didn’t need a crazy crossover as they were concerned that it would be too expensive.

Moon Knight stars Isaac as the complex super hero Marc Spector who deals with Dissociative Identity Disorder meaning he has several personalities. This leads to Marc having two other personalities — Steven Grant and Jake Lockley. Each personality is an entirely different character leaving the series to be quite unpredictable at points because you don’t know what each personality is going to do.

After an intense season finale, Moon Knight is considered by fans to be one of the best MCU series. Now, the team who worked on the series shares new details about what could’ve happened. The director, Mohammed Diab had stated that the show had two major crossovers planned and that both of them were scrapped so that the story could focus entirely on Marc’s personal journey.

While this was a good idea, fans were curious about what was cut and the writer for the script, Jeremy Slater revealed that he originally planned to bring in some of the Eternals crew for a flashback sequence:

“I tried very hard to get the Eternals into the show, just because I’m buddies with Kumail Nanjiani… I want[ed] some Kingo. At one point, there was a flashback on the page that sort of showed one of Khonshu’s Avatars back in ancient Egypt, sort of dealing with Ammit being locked away, and Alexander the Great, and all of that stuff. You sort of saw this Avatar team-up with the Eternals. It was a really fun scene, but again, it was so massively expensive to recreate Ancient Egypt, to sort of bring in 3 or 4 of the Eternals to have this big action sequence.”

While this would have been really cool to see, Slater states that its budget probably would have cut some of the action used in the finale:

“It was one of those things where it was a very fun scene, and it would have been a great cold open to one of the episodes, but it also would have had to come out of our budget somewhere else, and probably would have hurt our finale along the way. So, that was the cameo I had to cut. It hurt, but it was also the right thing to do for the show, and I think everyone sort of collectively agreed. There’s plenty of time in the future to team this guy up with other characters in the MCU and start building these connections; let’s not force something just because the other shows have all had it.”

One thing most fans will start to realize is that the Eternals will definitely be hard to include in future projects as Marvel will have to bring back three or four of the actors and since most of them are well-known actors, those cameos will cost a bit. On top of that, their abilities all require special effects so it’s not easy to do a low-budget action sequence with any of them.

While fans may not have liked Eternals, that doesn’t fans wouldn’t mind seeing them again throughout the MCU. For a flashback sequence, it would have helped fans see that the Eternals were still actively helping in the earlier centuries on Earth.

Do you wish the Eternals crew showed up in Moon Knight? Let us know what you think!