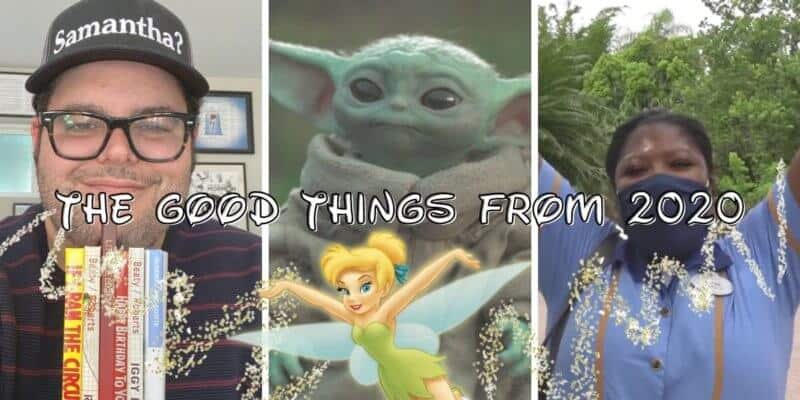 2020 was a rough year for so many, however, not everything was bad. Here at Inside the Magic, we wanted to end the year on a great note and spread some positivity moving into 2021, so that is why we put together a round-up of all the great things that have happened over the last year!

Crystal is an artist who aims to present each iconic Disney character as a plus-size Princess through her amazing artwork. Her goal is to help young boys and girls as well as adults who can suffer from worrying about their body shape realize they are beautiful no matter what. She is now a body-positive role model using the Disney Princess franchise to help young children from around the world. 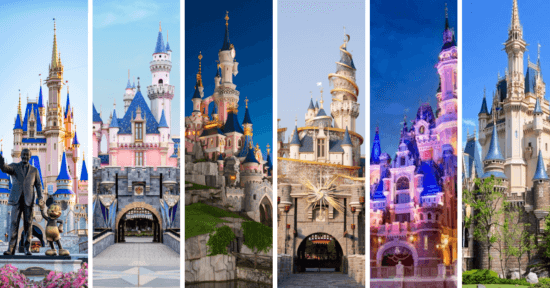 Disney Parks around the world had to shut down in order to slow the spread and help keep everyone safe during the unprecedented time. While the parks were closed, many fans dug deep and brought out their creativity and positivity to bring Disney magic into their homes.

From recreating popular attractions in backyards to recreating the parks out of LEGO’s, these Disney fans helped spread pixie dust during a rough time.

One family from Texas spent four days turning their backyard pool into their favorite Disneyland attraction — Jungle Cruise — while the parks were closed. Watch the video here:

John Daugherty, a fan of both Disney and LEGO, constructed his very own Cinderella Castle when LEGO released a boxed set of the theme park gem–which he says inspired his latest enchanting creation.

Disney Helped Us Travel The World Without Leaving Home!

Disney Parks even chimed in and helped bring Disney magic into homes all around the world through an Adventures by Disney vacation video, with stops at Disney’s Animal Kingdom and South Africa!

One family had a great time getting some fresh air outside while recreating their favorite water ride on Tik Tok — Splash Mountain. They got creative and placed two tree logs on either side of them to try and recreate the log that carries Guests throughout the ride.

Erik Figueroa wanted to bring some positivity to his three-year-old daughter’s life. Emberlyn has such a love for the movie Frozen and so he wanted to make some magic for her while her mother was being tested for COVID-19. He went ahead and bought an adult-sized Anna costume to match his daughter’s Elsa dress!

Ginny Curtis Phillips and her three kids have a very special admiration for the Disney World Cast Members. In fact, whenever they visit the theme parks, they will dress like the Cast Members!

But while the parks were closed, they decided to put together a tribute video for all the hardworking Cast Members.

Jess Siswick, a Disney fan who was missing the parks, decided to recreate one of the iconic attractions in her very own home. Siswick did an incredible job of recreating Soarin’ Over California, which you can check out here.

Another family took the recreations to a whole new level and decided to have an entire Disney vacation right at home.

Instagram user linz_pinz used her Instagram Stories to share a full Disney vacation — mimicking every single detail of a real Disney trip! For example, on “arrival day,” they enjoyed a raspberry and pineapple Dole Whip with rum.

Entire Disney World Resort, Including ‘Happily Ever After’, Built From LEGOs

One Inside the Magic reader, Owen Parker, decided to recreate the entire Walt Disney World Resort right in the comfort of his own house — out of LEGOs! It includes roads, all of the four lands as well as Star Wars: Galaxy’s Edge, all of the attractions, character meet and greets, flowers, and even a projection screen so he can show displays such as Happily Ever After!

The Gubenkos’ Family had a Walt Disney World vacation booked to celebrate Jessica’s mother’s 65th birthday, but when the disappointment came of the temporary park closures, they decided to put their creativity and imagination to the test and recreate the entire vacation in their backyard!

Today was supposed to be our first day in the parks with our entire family so we surprised our girls with a Disney vacation at home! We were most bummed about not being able to meet our family down there so my niece joined us for our princess parade via FaceTime! ❤️ #disney #waltdisneyworld #staycation Walt Disney World

“A Quarantine Life for Me”: Fans Recreate Favorite Disneyland Attractions

One family of Disney fans who were stuck at home in Utah decided to create the Pirates of the Caribbean attraction in their home and called it “Yo Ho, Yo Ho, A Quarantine Life for Me.”

Daniel, a Seattle native and lifelong Disney fan who grew up road-tripping to the parks with his family every year growing up, decided to do something extra special for his wife, who he turned into a Disney fanatic on their honeymoon.

His wife’s birthday came around this year, and since the Disneyland parks are temporarily closed, Daniel knew he wouldn’t be able to take her out to dinner at their favorite restaurant. So, he decided to take things into his own hands and recreated Blue Bayou inside his home.

Built the Blue Bayou in our dining room. from disney

Disney+ Brought Us Some Incredible Content (And Newly Announced Projects!)

All throughout the year, Disney+ has brought us some amazing content, and recently, they announced even more content coming in the next few years!

Hamilton with the original Broadway cast made its debut this summer and it broke records for the streaming service.

Our favorite little snowman Olaf, came out with a brand new song called “I Am With You” — which is performed by Josh Gad, and written by the Frozen songwriting team Robert Lopez and Kristen Anderson-Lopez.

The song was part of the “At Home with Olaf” series and we hear Olaf sing us a letter that he has written to a loved one. The letter talks about how even though they may be far apart, they will always be together — Something we all could relate to this year. The heartfelt music video touched so many and brought positivity during a time of need.

Season 1 of the original Disney+ Star Wars series debuted in 2019, however, 2020 brought us an even better (if that’s possible) second season! 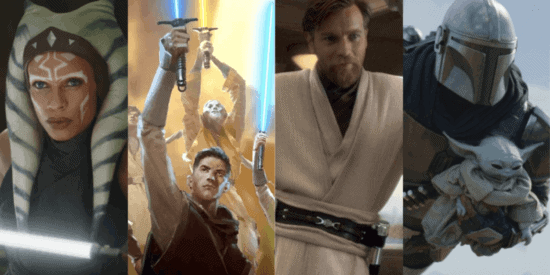 New direct-to-consumer head Kareem Daniel shared that roughly 10 new Star Wars series will debut over the course of the next few years — including The Rangers of the New Republic, Ahsoka, an Andor prequel series, and more!

Marvel Series and Films (Both for Theaters and Disney+)

Marvel announced the debut of some highly anticipated movies, such as Black Widow and The Eternals, as well as original series for Disney+, including The Falcon and the Winter Soldier and WandaVision. 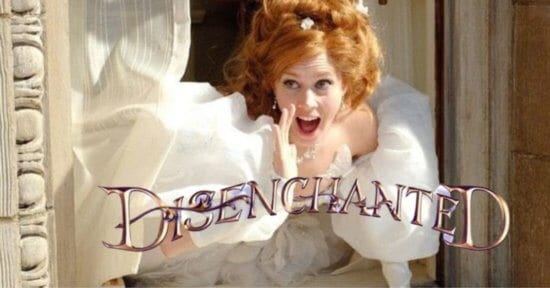 Disney confirmed Disenchanted, a sequel to the popular film Enchanted, will be coming soon to Disney+ and Amy Adams will be returning as Giselle!

Tiana and Moana Get NEW Series on Disney+! 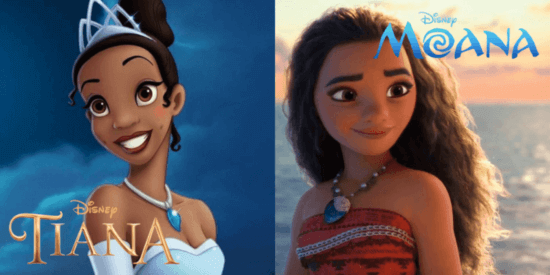 We all know and love the Disney heroines, and now, some of them are getting spotlights as they get their very own Disney+ series! The first new Disney+ series will feature Tiana and her friends for all-new stories in a new musical comedy series. The last we saw Tiana, she was just married to Prince Naveen and the duo was building Tiana’s restaurant, making her dreams come true.

And secondly, Disney confirmed that Moana will return in a new Disney+ series as well! 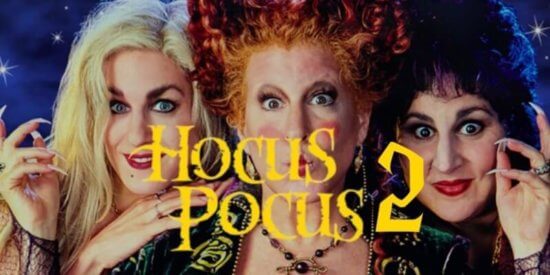 During Disney Investor Day 2020, the company confirmed that fans of the 1993 cult classic Hocus Pocus will be getting the sequel they’ve been waiting for! Though we don’t have much information regarding the sequel, it is great to hear Disney actually confirm this sequel as rumors have been floating around for months now.

Some Cast Members are Returning to Work

The Walt Disney Company had to make the difficult decision to layoff tens of thousands of Cast Members due to the temporary park closures. However, the good news is Disney has already been bringing some Cast Members back to work as they continue to open up new locations within the Disney Parks, staying within the CDC Guidelines and state regulations.

Out with the old and in with the new — Happy New Year everyone!