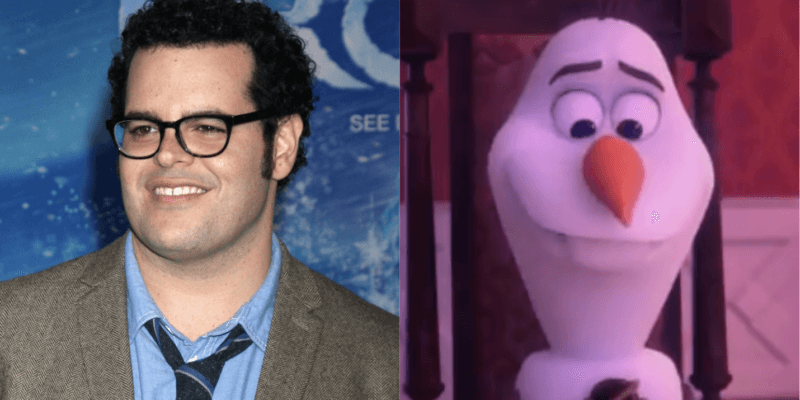 Josh Gad and the Frozen songwriting team of Kristen Anderson-Lopez and Robert Lopez have a special message for Disney fans!

Today, the Disney Animation Studios Twitter account shared a brand new song, “I Am With You,” performed at home by Gad, written at home by the married Lopez duo, and directed at home by Disney animator and art director Dan Abraham.

Wherever you may be, here’s a special message from Olaf’s home to yours. “I Am With You” Music and Lyrics Written at Home by Kristen Anderson-Lopez and Robert Lopez. Performed at Home by Josh Gad. Directed at Home by Dan Abraham. #AtHomeWithOlaf #DisneyMagicMoments pic.twitter.com/MB56YLRzbl

The adorable new song is easy to learn and you and your family will be singing along with Olaf the snowman in no time!

This sweet animated music video begins with Olaf removing his coal button to use as a pen, while singing, “I am with you in this letter, I am with you with this song…”

Then, the video cuts to numerous sentimental and nostalgic Disney Animation moments that span the ages, from original Mickey Mouse and Minnie Mouse cartoons to a young Tiana wishing on the evening star.

Some of the most iconic Disney scenes of all time appear during the course of brand new “I Am With You” video, including Lady and Tramp eating spaghetti at Tony’s and Beast giving Belle the library in his castle.

You’ll have to watch to see all of the famous Disney characters who show-up in “I Am With You,” but if you’re a Disney animated movie fan, you’re sure to have tears in your eyes by the end of this touching original song!

The video ends with Gad’s Olaf giving the letter he was writing to Gale the Wind Spirit to deliver for him. We’re guessing it’s going to Elsa in the forest.

Remember, it’s only a matter of time before the lovable snowman can get back to giving a warm hug to everyone he meets!

What do you think about this touching new Olaf song? Tell us your favorite featured Walt Disney Animation Studio character in the comments!