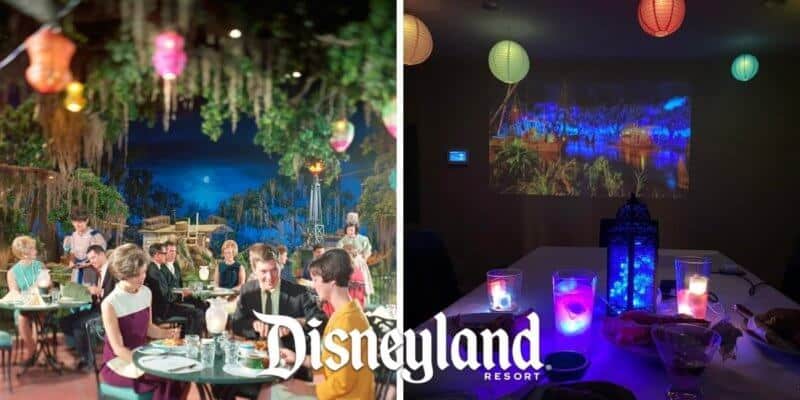 Both Disneyland park and Disney California Adventure have been temporarily closed since mid-March. Fans continue to anxiously wait for reopening guidelines from Governor Newsom before Disney can release their reopening plans.

Some Disney fans, however, are taking things into their own hands — Since they can’t currently visit the California theme parks, why not bring the theme parks to them? Well, one Disney fan did exactly that.

Daniel, a Seattle native and life long Disney fan who grew up road tripping to the parks with his family every year growing up, decided to do something extra special for his wife, who he turned into a Disney fanatic on their honeymoon.

Related: Fans Recreate Magic Kingdom’s ‘Happily Ever After’ in Minecraft

“My first trip was in the late 80’s, pre-Toontown and Splash Mountain. In fact I remember parking in front of Disneyland and walking to the front gate before DCA even existed,” Daniel told Inside the Magic. “[I] took my wife for her first visit on our honeymoon in 2010 and she was hooked. We usually make a yearly trip to Disneyland and DCA and we will add in a Disney World trip with extended family every other year as well.”

So when his wife’s birthday came around this year, and Daniel knew he wouldn’t be able to take her to Disneyland park due to the temporary closure, he decided to take things into his own hands — By recreating Blue Bayou inside his home.

“I built the Blue Bayou in our dining room for her birthday this year since we unfortunately don’t have the opportunity to be there,” Daniel told Inside the Magic. “In planning for her birthday, I wanted to make sure that even with the craziness the world is going through right now that we could have an enjoyable moment surrounded by familiar things that reminds us of happier times. If there is anything to be said about the Blue Bayou it’s that the atmosphere is special. I knew the feeling could be recreated,” he continued.

So how exactly did he pull this off? Well, Daniel told ITM that most of the items he had purchased online and had them delivered to the house. “I purchased paper lanterns and LED lights which I thumbtacked to the ceiling. I purchased white linen tablecloth and napkins to fancy everything up, a Moroccan style candle lantern with fairy lights inside, a wax melt candle that was supposed to smell like Pirates of the Caribbean, glow cubes for the drinks ,and I even purchased black plastic to divide the dining room from the rest of the house to really make it dark and to ensure it felt as realistic as I could,” Daniel explained.

“To finish everything off I projected an image of Pirates of the Caribbean on the wall and played the Bayou sounds from the restaurant from YouTube on my phone,” he said.

“As far as food goes I only tried to replicate the lemonade, which I didn’t get it right but it was still pretty good. My wife actually made the twice baked potatoes (so good), crab, and bernaise sauce,” Daniel explained. “I heated the filet mignon on the bbq so we did have the surf and turf but more Pacific Northwest style. Would have loved to do the gumbo but it was already a decent project and I didn’t want to stress myself out too much.”

All in all, Daniel is very happy with the way things turned out. But he wanted to make sure to give credit where credit is due. “I have to make sure to credit my wife with making most of the food, taking the picture and telling me to post it the next day on Reddit,” Daniel told Inside the Magic.

Built the Blue Bayou in our dining room. from disney

More on Blue Bayou in Disneyland

If you’ve never had the chance to dine at the Blue Bayou, the official Disney description reads:

Embark on a culinary adventure with Cajun and Creole cuisine as you watch Pirates of the Caribbean boats glide past.

Step into perpetual twilight as the nighttime ambiance of the watery setting surrounds you. Spot Guests floating by as they embark on a Pirates of the Caribbean adventure as you enjoy an authentic New Orleans-inspired lunch or dinner. It’s a truly unique setting where the bayou is, literally, by you!

Blue Bayou has been a must-visit destination for many Disneyland Resort Guests since its opening in 1967. Its mystical setting takes you into the heart of the South—overhead strings of colorful balloon lanterns cast an enchanting glow, dotting the darkness while crickets chirp, frogs croak and fireflies wink in the dark.It’s a culinary adventure you have to see to believe!Big Tastes from the Big Easy

Kick off your memorable meal with Southern-inspired starters.

Next, choose from a selection of authentic entrées—including signature dishes such as succulent bone-in ribeye steak and roasted chicken maison.

Dinnertime favorites include a surf & turf combo of split lobster tail and petite filet mignon with all the fixin’s… and don’t forget the nonalcoholic mint juleps.

What do you think of this Blue Bayou recreation? Let us know in the comments.