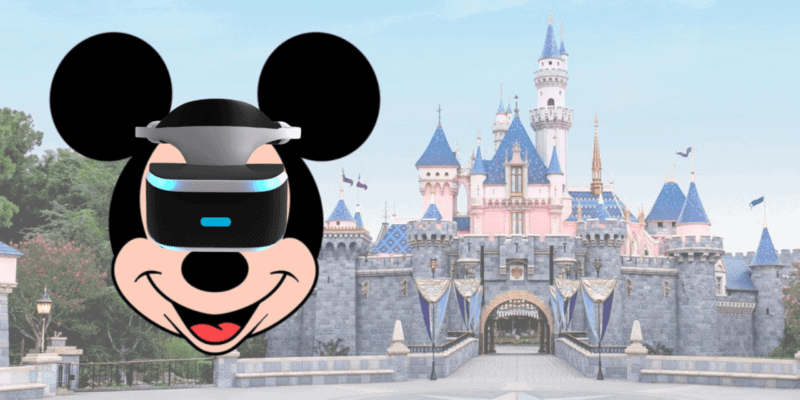 If you’re sad that you still can’t explore Disneyland in real life then why not check out one of the coolest fan projects we have ever seen. YouTuber Hakke has spent the last year on the PS4 VR game Dreams painstakingly recreating Disneyland and most of the attractions in the park.

There’s been a lot of time spent on this to create classics such as Dumbo, Pirates of the Caribbean, Space Mountain, King Arthur Carrousel, Mad Tea Party, Frontierland Shootin’ Exposition and The Haunted Mansion.

You can even purchase items from various vendors throughout Disneyland and they range from wands and Mickey hats to Stormtrooper helmets and tiki cups!

He’s even taken a huge amount of effort to put hidden Mickey’s throughout the park as well, the level of detail put into this project is simply astounding.

Let’s look at some of the attractions that Hakke built-in VR in more detail.

The level of effort put into the facade and queue alone would be enough to impress any Disneyland fan but Hakke has taken things to the next level with the ride itself. Check it out below:

Space Mountain looks just as good in VR with the same level of detail put into the queue and ride. We love how he’s managed to capture the wonder of Space Mountain in the darkness in VR.

The Twilight Zone Tower of Terror

While this attraction may not exist anymore at Disneyland (and technically sit in Disney’s California Adventure), the attention to detail here goes right down cracks in the wall and the dial on the service elevator. This truly is spectacular:

Let us know what you think of this awesome VR rendition of the Disneyland Resort in the comments below!