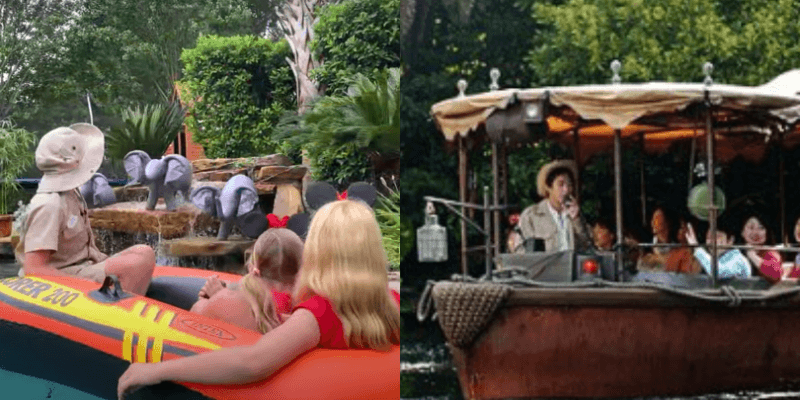 Here is a Disney ride recreation that just might give the backside of water some competition for the title of “eighth wonder of the world.” The family from Katy, Texas spent four days turning their backyard pool into their favorite Disneyland attraction: Jungle Cruise.

Lindsey Stuckey told Click2Houston that she got the idea to make a quarantine video from her mother. She would end up getting the whole family involved: Her husband, Clint, and their four kids: 13-year-old Hayley, 11-year-old Colin, 8-year-old Sydney and 5-year-old Keaton. Even Grandma was on board.

“I’m thinking about what props do we have because all of the stores are closed. What could we actually buy and do? Well, we have a swimming pool and my daughter Haley got this $20 boat for her birthday, and I thought, ‘We should do Jungle Cruise!’” Lindsey said, and the entire family became invested in the project.

She worked on the script and storyboard with her kids while her husband ensured they had all of the necessary equipment. Her son Colin landed the part as the Jungle Cruise Skipper, her daughters Hayley and Sydney were the Guests, and Keaton was the iconic Trader Sam.

Props like the animals and fog machine were either ordered on Amazon or made at home.

The entire production was filmed on an iPhone connected to a handheld gimble, and the family said it took four days to complete as they were only able to film before and after work.

But beyond the Disney fanaticism, Lindsey will remember making this movie as a time when she was able to show her kids the value of hard work and the satisfaction of reaching a goal.

“Now they’re seeing the end result of what happens when you sit in a boat and listen to mommy on saying your lines,” Lindsey said. 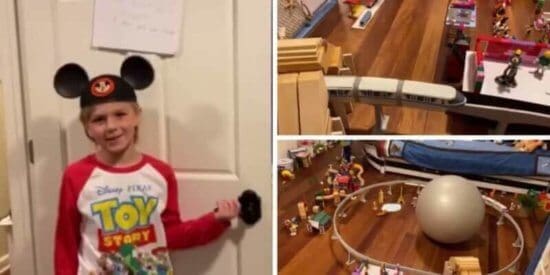 Since the Disney theme parks closed their gates earlier this year, Disney fans all over the world have risen to the challenge of recreating what they miss most about Disney and putting their own at-home imagineering skills to the test.

Here at Inside the Magic, we’ve shared recreations of rides like The Haunted Mansion, Splash Mountain, Pirates of the Caribbean, and more. We’ve even seen fans reconstruct an entire Disney park out of legos and give a stunning tribute to Walt Disney World Cast Members.

Have you recreated any Disney attractions or experiences? Let us know in the comments!