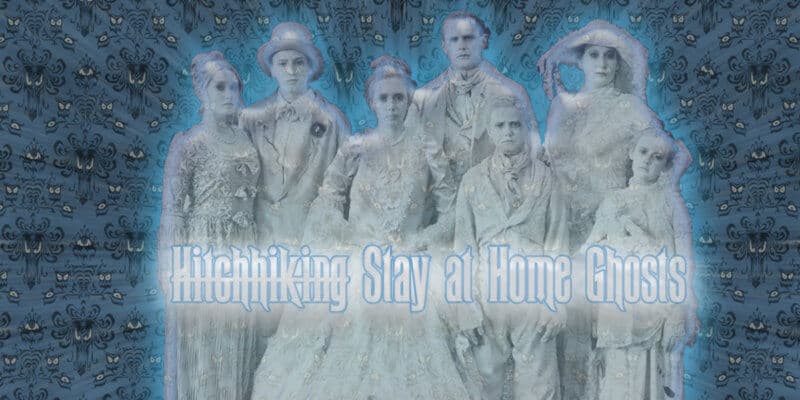 This story has since been updated since original publishing date. (Latest Update April 2, 2020)

What happens when you can no longer enjoy your favorite Disney attraction due to the temporary closures of the theme parks? For several Disney fans stuck at home in Utah creating “Yo Ho, Yo Ho, A Quarantine Life for Me” became perfect therapy.

Instead of lamenting the temporary loss of their favorite Disney attraction, Brin Thornock and her family brought the ride to their home.  Of course, they captured the entire experience on video! 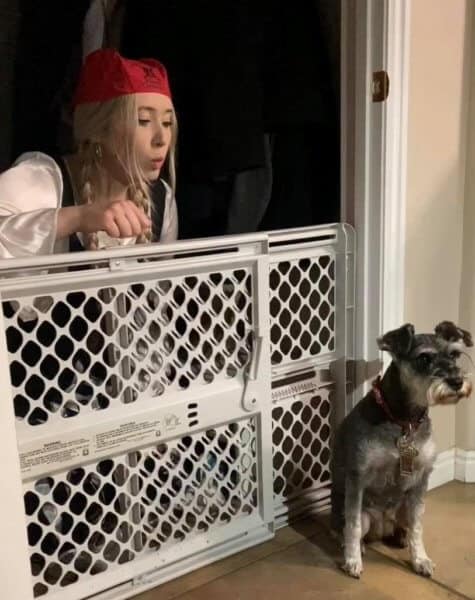 You can take the fan out of Disney parks, but you cannot take Disney parks from the fans. To cope with current events, several have turned to recreating elements of pixie dust in their own homes.

Several Disney fans from all over have been bringing Disney magic into their homes — One young man, destined to be part of Walt Disney Imagineering, recreated Walt Disney World Resort in his bedroom. Another fan crafted a home version of the popular Disney attraction, “Soarin.” And, over on Instagram, one user (linz_pinz) took everyone on a Disney ‘vacation’ tour without even leaving home! 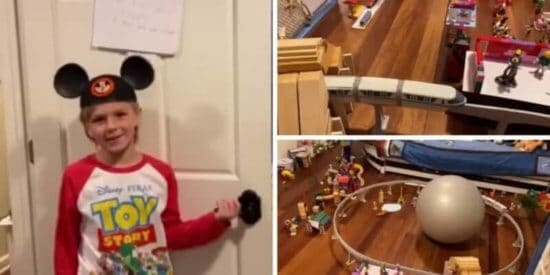 Apparently, recreating the swashbuckling home version of adventure on the high seas was just the beginning.  Hot on the heels of  “A Quarantine Life for Me,” a brand new E-ticket experience emerged from the Thornock family.  This time the Disney fans-turned videographers unearth their version of a swinging wake. That’s right, foolish mortals, this brand new video version of a homemade attractions features that famous retirement home for 999 happy haunts!

A Quarantine Life for Me

For proof that that being stuck in the house due to the current outbreak does not have to ruin the day, we decided to turn to YouTube. And by using social media, one family from Utah shared their passion for Pirates of the Caribbean with a clever and quite amusing home version of the beloved Adventureland attraction.  These fans recreated some of the most iconic scenes from the Disney ride — including Captain Jack Sparrow‘s exit salute (Johnny Depp would be so proud).
ITM managed to catch up the Caribbean inspired video’s creator, Brin Thornock! 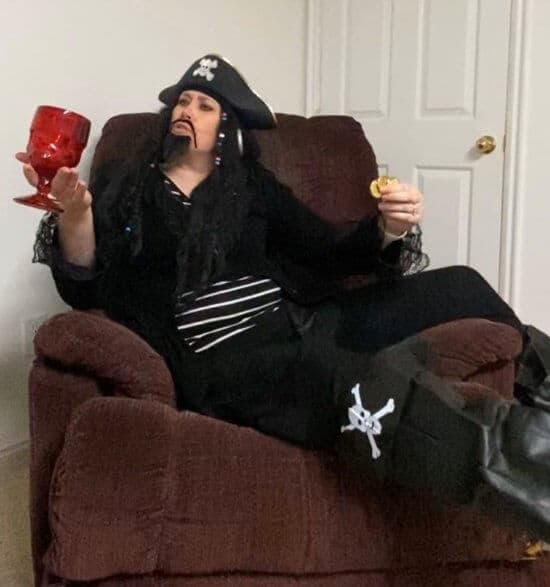 ITM: Why Pirates of the Caribbean?
Brin Thornock (BT): Pirates is one of our favorite rides! We already had some pirate stuff from previous Halloween’s and such. 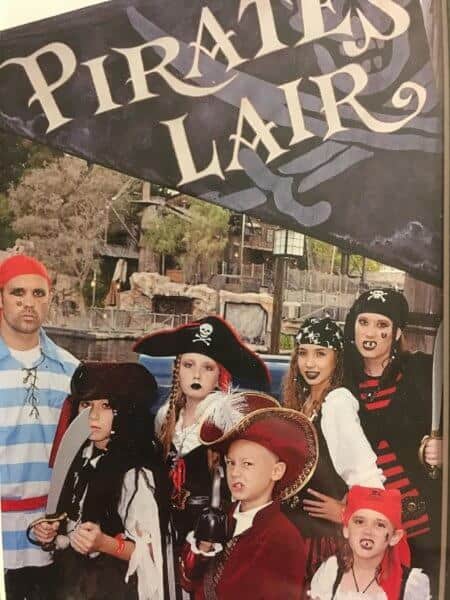 ITM: Aside from yourself, who are the other actors/participants?
BT: The other actors were my two sisters (Brooke and Chloe), my two brothers (Carson and Cannon), and my parents Kirk and Julie. 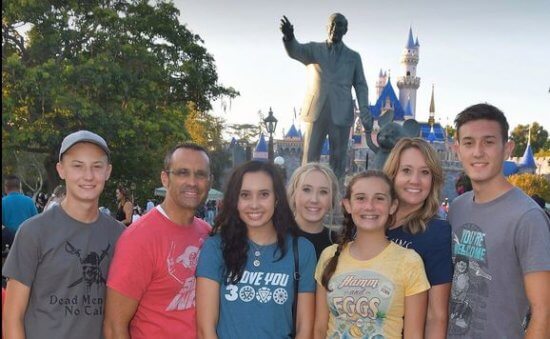 ITM: Outside of making fun videos like this what do you and your crew do?
BT: We are huge Halloween fans. We usually dress up and coordinate with a new theme every year! ( I will include family Halloween photos from the past) We also love to travel! 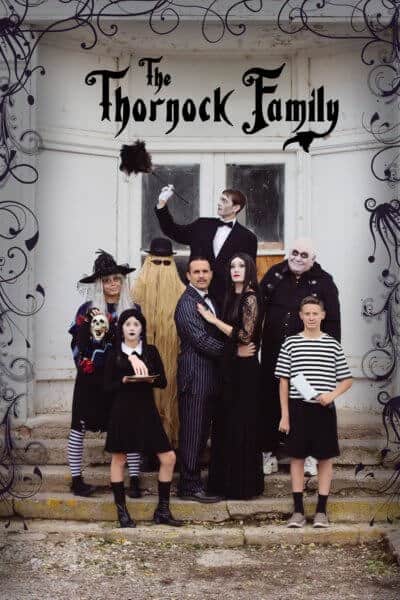 ITM: How did you come up with the idea to recreate the different scenes?
BT: We know the ride well and we picked out key parts that would be familiar to people that know the ride! 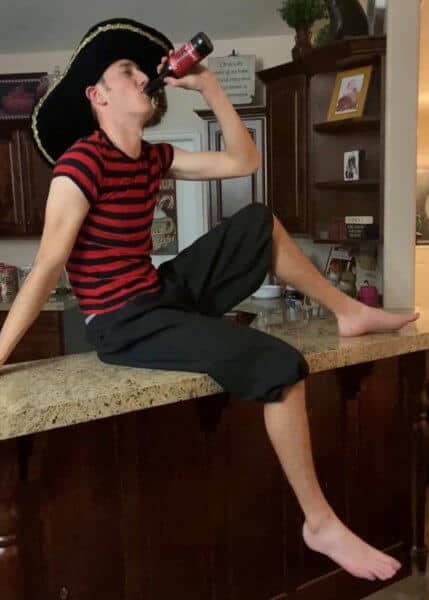 ITM: Any planned scenes that didn’t make it into the video?
BT: We wanted to do the red head scene, but we just couldn’t do it justice lol! 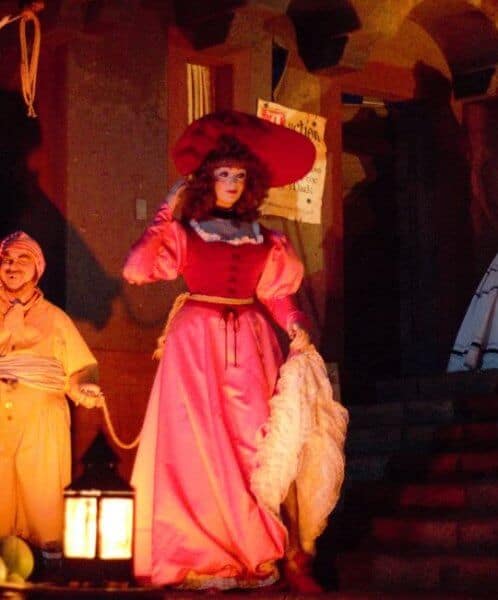 ITM: How long did it take you to complete your video (planning, shooting, and editing)?
BT: It took us 2 hours total. It was really quick. I shot it on my phone and also edited on my phone! Super simple! 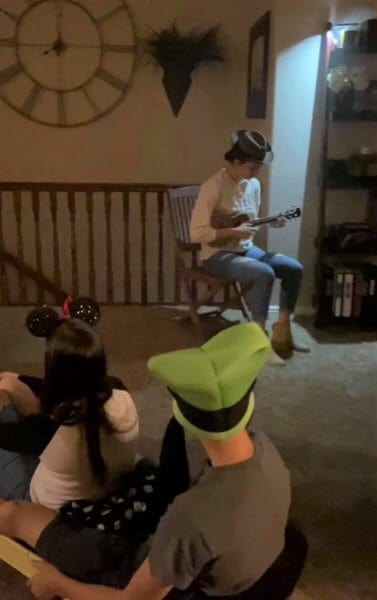 ITM: Any plans for additional similar videos?
BT: We’ve had a lot of requests for more videos! It just depends on how long we are in quarantine! 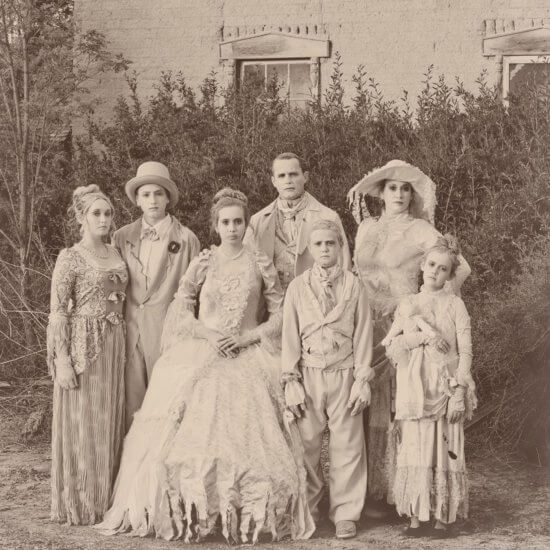 How many iconic scenes from Disney’s classic Pirates of the Caribbean ride can YOU recognize in the fun, fan made film? Watch the entire video below, keep count, and let us know in the comments below!

ITM would like to thank Brin and her family for sharing this delightful Disney diversion. “Yo ho, yo, ho, A Quarantine Life for Me” shows what passion and pixie dust produce when given time to play together. 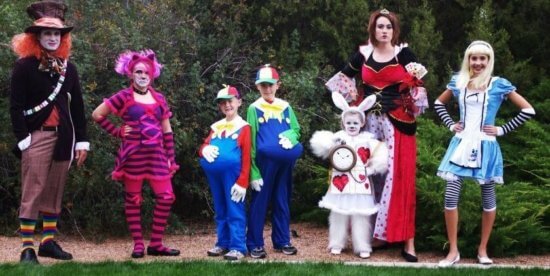 By the way Brin leaves us all with this challenge: “Disney was founded on imagination and creativity, we hope we made Walt proud! We challenge other families to share the magic!”  We could not agree more.

ITM readers, in the spirit of Walt Disney‘s magical parks, what can YOU create? Send us links to your videos via email.

Also, if you want to share a personal Cast Member story, or just deliver a personal “Thank you!” to Disney Cast Members, drop us a line here: CastMemberCompliment@insidethemagic.net

Comments Off on “A Quarantine Life for Me”: Fans Recreate Favorite Disneyland Attractions