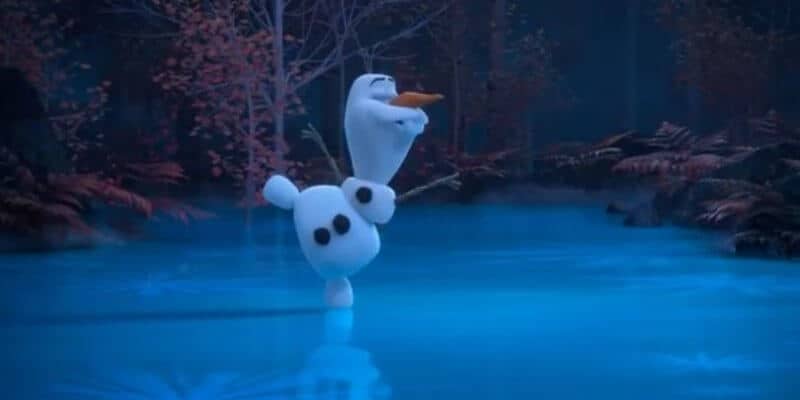 Very exciting news for Disney fans — With the launch of its new webpage, DisneyMagicMoments.com, Disney has announced the release of a Frozen short series, with 20 vignettes, staring Disney fans’ favorite snowman, Olaf!

The first two animations from the shorts series, Fun With Snow and Alone in the Forest, are ready to stream!

The shorts were created by Disney animator Hyrum Osmond, and voiced by Josh Gad – who voices Elsa and Anna’s side kick friend in both Frozen movies – entirely from home.

You can watch the Fun With Snow short below.

On his twitter, Josh Gad tweeted out to his fans explaining how he was brought back to brighten Disney fan‘s day during these hard times.

“My friends @alittlejelee (Frozen writer-director Jennifer Lee) & @mrhyrum ( Hyrum Osmond) called me up one day & asked me if I would be able 2 record some dialogue & sounds as Olaf from home. These little shorts done from home by Hyrum & the @DisneyAnimation team are so charming & hopefully provide a smile during these scary times.”

Disney has not made it clear how often they will be publishing the the shorts, but they have made it clear that Olaf will be showing up to warm everyone’s hearts at home. Disney Animation tweeted:

The short animation series is charismatic, cheerful and great way to get your little ones distracted during this self-isolation time. The shorts so far features Olaf playing with snow, dancing and laughing.

This is not the first time that Disney featured Olaf in his very own short animation. The lovable snowman also had a short film back in 2017 called Olafs’s Frozen Adventures, which played before the Disney Pixar movie, Coco, in theaters. And more recently, Olaf had an end credit scene in the blockbuster hit, Frozen 2.

You can keep up with the short series from At Home with Olaf at the Walt Disney Animation Studios YouTube page here.

On the YouTube page, you’ll also find a series of fun videos to watch including clips from Olaf’s Frozen Adventure, the JAMMitors series, it’s a small world ride through videos, and #DrawWithDisneyAnimation where the animators will show your how they draw your favorite characters.

So, how excited are you to see what type of funny mischief Olaf will get himself into? Let us know in the comments.