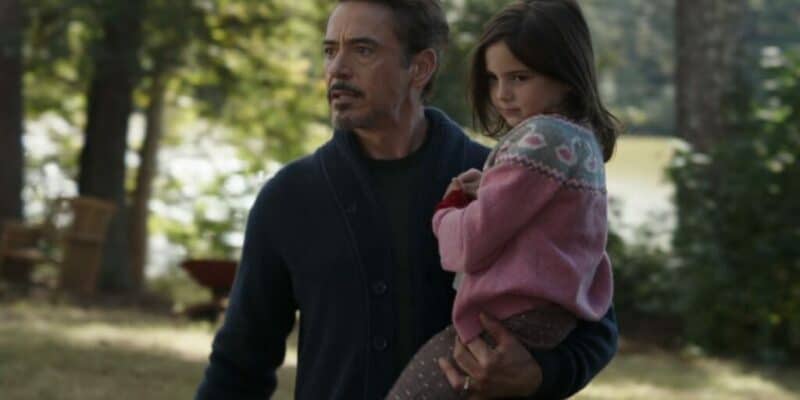 Iron Man’s daughter, Morgan Stark has a bittersweet connection with Doctor Strange in the Multiverse of Madness (2022) changes how fans view the Multiverse.

Benedict Cumberbatch’s Doctor Strange might not be the first super hero fans would expect to have a connection with Morgan Stark, but it seems that Marvel’s favorite magic-user has now confirmed how dreams connect to the Multiverse and Tony Stark definitely had his fair share of dreams.

While Tony is normally plagued with dreams about failing to beat Thanos, he does have one vivid dream in Avengers: Infinity War (2018) where he believed he was having a daughter. Later on, Tony is revealed to have a daughter in Avengers: Endgame (2019), but Morgan Stark may not have existed if Stark hadn’t seen his other variant start a family with Pepper Potts (Gwyneth Paltrow).

Tony shares to Pepper that he had a vivid dream about Morgan Stark and their family. He believes that it was real and she explains to Tony that if he wants a family, he will have to put away his suit. Knowing that the sweet moment is heavily intertwined with the Multiverse, the fan-favorite line, “I Love You 3000” has a lot more meaning now. Since Stark is such a fundamental character in the Marvel universe, it isn’t a surprise that he experiences more dreams of his other lives in the Multiverse than most characters in the MCU.

One sad truth is that Morgan Stark won’t have her father to help raise her, but at least Stark was able to live happily for five years before defeating Thanos. Fans wonder if Stark will appear once more in the MCU, but Marvel is hesitant to mess around with Iron Man’s legacy so it’s hard to say.

Related: ‘Iron Man’ Is Coming to ‘The Mandalorian’

Morgan Stark is most likely going to appear again at one point in the MCU. At the moment, it wouldn’t make sense to show her as a little girl, but it’s possible that the MCU may welcome her as the next Iron Man later on as she might follow in her father’s footsteps.

Do you think Morgan Stark will appear again in the MCU? Let us know what you think!