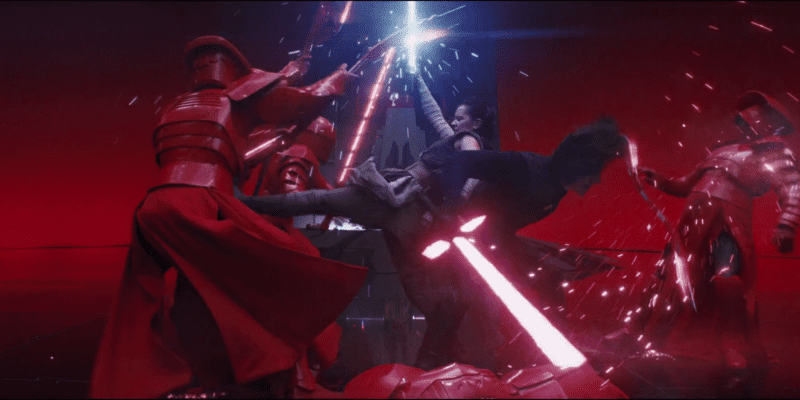 Now, some fans online are debating if the theoretical Star Wars: Episode X could ever “fix what the sequel trilogy broke.” One Reddit user started the conversation with a lengthy post:

But beyond being good, I would love if the writers somehow managed to not only fix what the ST broke, but somehow make it justified to the point where I can actually enjoy it.

Beyond the smaller narrative issues we all know about, my main issue with ST is how it diminishes the importance of episodes 1-6 and particularly Anakins entire story as well as Luke and Leias.

So my question is really how could Episode 10 manage to reinforce the significance of Episodes 1-6, while not ignoring the existence of episodes 7-9 entirely? I think it would be a difficult task but what are some ways you think they could accomplish this?

Almost immediately, u/91TwilightGT quipped, “It was all just a dream.” Another commenter, u/stillbatting1000 chimed in with similar thoughts, “Came here to say that. Luke wakes up… “what a horrible nightmare. Strong with the dark side, it was.”

Redditor u/Collective_Insanity shared more in-depth thoughts about whether the sequels can ever truly be “fixed”:

I don’t think you can retroactively fix the ST. There have been numerous attempts with the new-canon EU and it’s only made things muddier.

That’s the problem when you hire the village idiot to build a house with shoddy foundations in marshlands. You can attempt to crudely support the structure as much as you like after the fact, but it’s still going to sink and ultimately collapse in on itself.

Sometimes you just need to stop investing in a sinkhole and try again elsewhere. Hopefully this time with somewhat of a more competent blueprint.

People frequently say/joke that the ST needs to be a dream. But frankly I think that’s the best option in order to salvage the franchise in the post-ROTJ scene.

u/TomatoFagioli is in the camp that the sequel trilogy’s storyline can never be retracted at this point:

The damage is done. They can dangle their dumb TCW [The Clone Wars] fanservice infront of my face how much they like now but that won’t fix it. I do not give a single shit about whether Rey will bring back the jedi or not.

u/GM_Jedi7 had some actual thoughts for how Episode X — if it ever comes to fruition — could play out. Something along these lines isn’t out of the realm of possibility since Lucasfilm President Kathleen Kennedy has previously stated that various sequel trilogy characters will return to the Star Wars franchise:

Not sure you can fix it, but, I think the next logical step is someone is going to find out who Rey really is and exploit it. That’s a pretty huge cover up to go from being a Palpatine to a Skywalker. Unless she’s upfront and honest about it, someone will exploit that.

u/PistolBobcat420 replied, agreeing with the fact that Rey wouldn’t simply be able to get away with her lineage unscathed:

This, so Leia gets booted from the Senate despite being a…war hero over the fact Vader was her dad, by that logic someone should find out Rey is a Palpatine and start a mutiny

At this time, there has been no official confirmation that Star Wars: Episode X is in the works. The next feature length film on the Lucasfilm production schedule is Patty Jenkins’s fighter pilot project, Star Wars: Rogue Squadron.

Thor franchise director Taika Waititi and Marvel Studios President Kevin Feige are both also working on Star Wars films. It is unknown if Rian Johnson’s trilogy — rumored to heavily feature “broom boy” — will ever actually go into production, though the Knives Out director has said the three films have not been shelved.

What do you think? Will there be a tenth film in the Skywalker Saga?