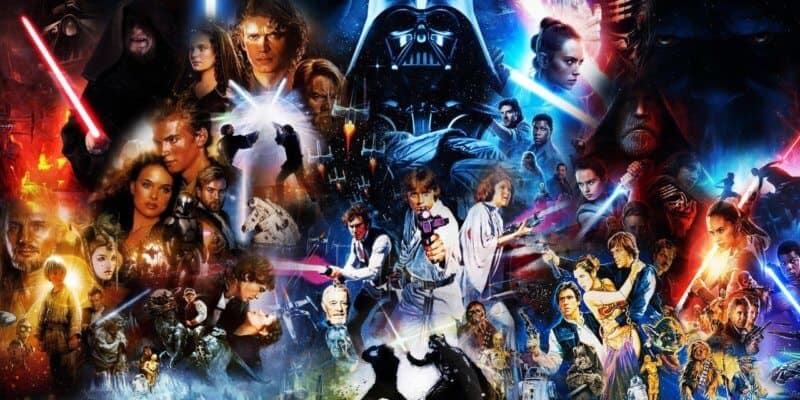 When the Star Wars Skywalker Saga — which began over 40 years ago with George Lucas’s Star Wars: A New Hope (1977) — ended with Star Wars: Episode IX – The Rise of Skywalker (2019), many fans were disappointed.

Even Star Wars icon Mark Hamill (Luke Skywalker) was unhappy with the sequels, particularly with how Skywalker met his demise.

Now, if you’ve ever wondered what would happen if the sequel trilogy was actually retconned and Star Wars: Episode X was written, we’ve gotten the answer — sort of, at least.

The team at Blue Bantha Milk Co. has done something that many of us probably wish we would have thought of ourselves and allowed an artificial intelligence bot to write the script for a hysterical and epic Episode X.

Like you, we’ve often wondered what Star Wars Episode X would be like. So we fed an A.I. the scripts for episodes 1-9, wrote an opening crawl, and let the AI (mostly) do the rest. The results are… sometimes interesting, sometimes hilarious.

Take a moment and consider everything the AI had to take in while “reading” the prequel trilogy, the original trilogy, and the sequel trilogy — that’s every character and every major galactic event from the entire Skywalker Saga! Darth Vader? Check. Boba Fett? Check. Obi-Wan Kenobi? Check.

As the team behind Episode X shared, they had to write an opening crawl. After all, it wouldn’t be Star Wars without one. It reads:

A long time ago, in a galaxy far, far away…

A NEW LIGHT RISES. Rey Skywalker, Jedi Master, has completed the construction of a new JEDI ACADEMY with the assistance of her friend Chewbacca at the centre of the recently formed GALACTIC UNION. Children and adults from across the galaxy make their way to the Academy in the hopes of earning a place amongst the first students.

On the planet ITHOR, amongst the vast jungles of dangerous flora en route to the new Galactic Union Capitol, Generals Finn and Poe Dameron with Lieutenant General Rose Tico and Cadet Ord Tr’acar escort the convoy made up of candidates for the role of Chancellor of the Galactic Union and the first arrivals of hopeful Jedi students.

Meanwhile, droids R2-D2, C-3PO, and D-O are hard at work translating and transcribing the JEDI AND SITH TEXTS collected by Rey Skywalker from across the Galaxy, when Threepio discovers a sinister prophecy of the Sith which could spell certain down to the newly held peace in the galaxy…

This brings us to the actual, hour-and-a-half-long table read of Star Wars: Episode X. You’ll have to watch for all the details, but we’ll spoil a couple of moments you should be prepared for — beloved sequel trilogy droid BB-8 succumbs to a tragic death while Poe (Oscar Isaac) looks longingly at R2-D2 and, at one point, “a bikini-clad Sith pirate girl” jumps on Chewbacca.

The latter was no doubt inspired by the iconic slave Princess Leia (Carrie Fisher) scene in Jabba the Hutt’s palace in Star Wars: Episode VI – Return of the Jedi (1983).

Sit back, relax, and enjoy the funniest Star Wars script you’ve ever heard (to date).

The best part? There’s a second half coming this week, so stay tuned.

What do you think? Would you like a real Star Wars: Episode X in the Star Wars franchise?