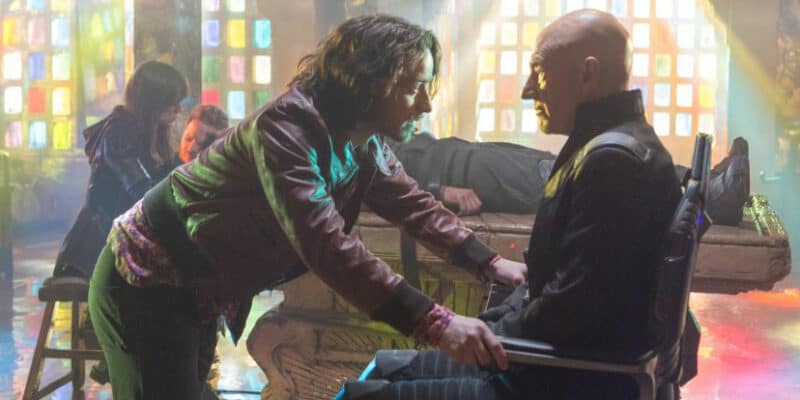 James McAvoy has confirmed that he won’t be returning to play Charles Xavier/Professor X in Doctor Strange in the Multiverse of Madness (2022).

After seeing Patrick Stewart in the Doctor Strange 2 trailer fans have only been focused on the old X-Men cast which has led many fans to forget that actors like McAvoy could be entering the MCU. The 42-year-old actor has played Charles Xavier in X-Men First Class (2011), X-Men: Days of Future Past (2014), X-Men: Apocalypse (2016), and X-Men: Dark Phoenix (2019).

McAvoy’s performance as a younger Charles has been refreshing to see as the great mutant leader had to learn many things before becoming the man he is in X-Men (2000). Stewart has already had a lot of fun toying with fans by saying he doesn’t know who Doctor Strange is and denying his role in the film.

McAvoy went on Instagram live and answered some questions from his fans which of course were about Doctor Strange 2. Here’s a Twitter post of McAvoy talking to his fans:

James Mcavoy has denied being in #DoctorStrangeInTheMultiverseOfMadness Via Instagram Live

James Mcavoy has denied being in #DoctorStrangeInTheMultiverseOfMadness Via Instagram Live 👀pic.twitter.com/UcqIiWA2wQ

Related: ‘Spider-Man’ Actor Bashes Tom Holland, “I Was In the Good Ones”

James McAvoy was also asked if he missed playing the character which the actor quickly responded:

“Do you miss playing Charles Xavier?” “No, I don’t think so”

Related: Patrick Stewart Can’t “Be Held Responsible” For Being in ‘Doctor Strange 2’ Trailer

McAvoy could very well be denying his role in his own clever way just like Charlie Cox and Andrew Garfield. This is nothing new for fans, but there’s no way to know for sure if the actor will have an appearance until the movie is released.

Doctor Strange 2 will have several cameos in the film as there are reports that Hugh Jackman’s Wolverine and Ryan Reynolds’ Deadpool. The movie will also have several variants of Benedict Cumberbatch’s Doctor Strange so it would make sense for McAvoy to appear as a variant of Professor X. Hopefully, McAvoy is denying his involvement as there is a chance he could a part of the MCU’s cast for the X-Men.

Do you think McAvoy is denying his involvement in Doctor Strange 2?