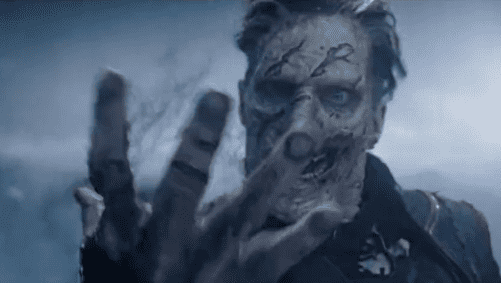 Marvel fans can finally see the TV spot for Doctor Strange in the Multiverse of Madness (2022) that first aired during the Superbowl.

For the fans who didn’t end up watching the Super Bowl LVI had no way of seeing the TV spot since Marvel didn’t post it afterward. Normally, this wouldn’t be a problem, but the TV spot contains a lot of new footage that isn’t in the previous trailers. Fans were able to see the Zombie variants of Benedict Cumberbatch’s Stephen Strange/Doctor Strange and Elizabeth Olsen’s Wanda Maximoff/Scarlet Witch and gave fans a first look at Defender Strange.

Marvel’s Latin America Twitter account posted the TV Spot for fans to see. Even though other fans had recorded the footage and posted it online, it’s hard to find a high-quality video and sometimes it can be challenging to figure out if the trailer is a fan edit or the original footage. Here’s the Twitter post if you weren’t able to watch the TV spot yet:

What strange surprises await us in the Multiverse?

#DoctorStrange in Marvel Studios’ Multiverse of Madness.
Premiere May 5, only in theaters.

The official Marvel account hasn’t posted the video on their feed just yet, so there are still a lot of fans who may have not seen the new footage from Doctor Strange 2.

The Multiverse seems to be giving Marvel fans a lot of things to look forward to after the release of Spider-Man No Way Home (2021). Fans were able to see Tobey Maguire and Andrew Garfield join Tom Holland’s Spider-Man as they teamed up to fight villains from all three franchises. Doctor Strange 2 will most likely have several variants of Strange and Wanda appear in the film. There will be some fights between Strange and Baron Mordo (Chiwetel Ejiofor) and the Illuminati is rumored to make an appearance with Patrick Stewart (Charles Xavier/Professor X) rumored to be the leader of the secret superhero team.

America Chavez (Xochitl Gomez) will have a large role in the film as one of the few superheroes able to navigate the Multiverse. The X-Men and the Fantastic Four are also rumored to be in the sequel alongside many other characters like Ben Affleck’s Daredevil and Tom Cruise as Iron Man.

Who do you think will be in Doctor Strange 2? Let us know in the comments section below!