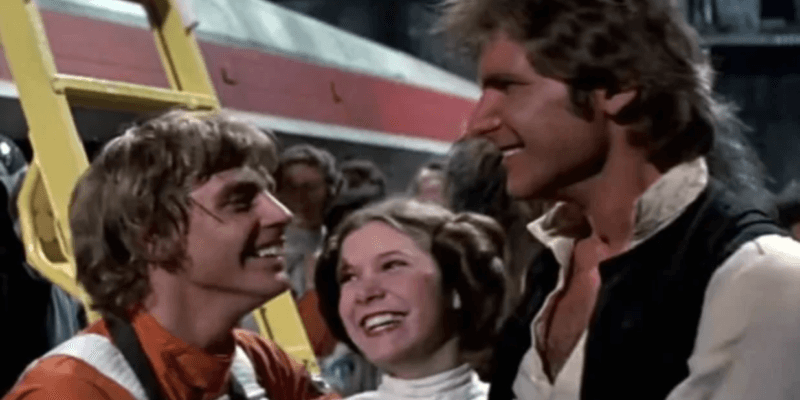 The Star Wars sequel trilogy — Episode VII – The Force Awakens (2015), Episode VIII – The Last Jedi (2017), and Episode IX – The Rise of Skywalker (2019) — divided Star Wars fans, with some feeling like the trio of movies effectively ruined the existing Star Wars canon and others staunchly standing by the directorial decisions made by JJ Abrams and Rian Johnson.

Dameron is returning — albeit in animated form — in the upcoming LEGO Star Wars Terrifying Tales Halloween special on Disney+, while rumors abound that Boyega is making his return to the Star Wars galaxy in a live-action series, perhaps helmed by Sleight director J.D. Dillard.

Now, though, Lucasfilm appears to be returning to George Lucas’s original trilogy era for a new project. Details have emerged about the upcoming Star Wars: Hunters video game, and it will give Star Wars fans even more insight into what was happening throughout the Star Wars universe in the days after Episode VI: Return of The Jedi (1983), following the fall of the Galactic Empire and the victory of our heroes, Jedi Knight Luke Skywalker (Mark Hamill), Princess Leia (Carrie Fisher), and Han Solo (Harrison Ford).

The game will introduce a host of new Star Wars characters including lightsaber-wielding dark side warrior Rieve [below], Mandalorian Aran Tal, Rebel veteran Zaina, Grozz the Wookiee [above], and more.

One article about the new Nintendo Switch, iOS, and Android game noted:

“Today’s reveal gives viewers their first look at the Arena, a competitive, spectator stadium attracting Hunters from the far reaches of the galaxy to seek their fortunes,” said Bernard Kim, President of Publishing at Zynga, as part of the press release alongside the trailer today. “Giving a brief glimpse of the Arena’s high-stakes, team-based action, this trailer showcases just a few of the dynamic characters inspired by the Star Wars galaxy that fans will experience in the game. Our teams at NaturalMotion and Boss Alien are excited to show more updates and can’t wait for players to transition from ‘spectator’ to ‘Hunter’ in the future.”

The official description of the project reads:

Join the greatest Hunters from the Star Wars™ galaxy on the planet of Vespaara where Hunters from across the galaxy compete in The Arena. Engage in thrilling third person combat to dominate grand arenas set in a range of maps that evoke iconic Star Wars worlds. Mix and match teams, use skill, tactics and customize your character to find a winning strategy and reap the spoils of victory in this all-new free-to-play game.

Intriguingly, this is nearly the same point in the Star Wars timeline as The Mandalorian takes place. Showrunner Jon Favreau and executive producer Dave Filoni have confirmed on multiple occasions that bounty hunter Din Djarin (Pedro Pascal) and Grogu (AKA “Baby Yoda”) are traversing a galaxy far, far away about five years after ROTJ.

Whether or not the characters from Star Wars: Hunters will ever join canon and make their way into a live-action series remains to be seen, but if there’s one thing we’ve learned from Star Wars, it’s never say never.

Are you excited for Star Wars: Hunters?