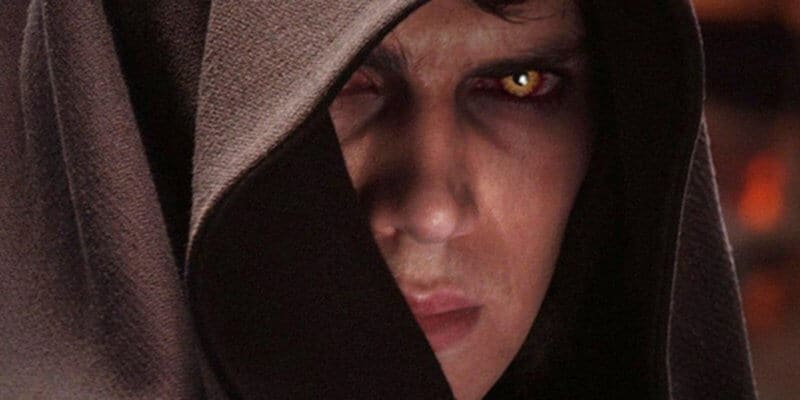 Star Wars fans have been waiting for an Obi-Wan Kenobi-centric series for years. Although Sir Alec Guinness originally played the legendary Jedi Master in George Lucas’s Star Wars: Episode IV – A New Hope (1977), Ewan McGregor cemented the character’s legacy for a new generation in the prequel trilogy, which was released in theaters between 1999 and 2005.

In Episode I – The Phantom Menace (1999), Episode II – Attack of the Clones (2002), and Episode III – Revenge of the Sith (2005), many Star Wars fans found McGregor’s portrayal to be a bright spot in a trio of films that, at least at the time they originally came out, were not widely acclaimed by fans or film critics.

As it turns out, however, many fans are less-than-thrilled with the fact that the Sith Lord was revealed in the newest Obi-Wan Kenobi trailer [below], and would have preferred to see the antagonist’s return for the first time when the first two episodes of the series release on May 27, 2022.

It is, however, worth noting that a full-body shot of Vader wasn’t shown — instead fans were teased with clips of him suiting up and attaching his iconic chest plate.

Yesterday, Reddit user u/TheOutlaw9904 asked fellow fans if they wanted the trailer to include a glimpse of Christensen’s Darth Vader return:

We are a day away from May The 4th and we are most likely going to get a Kenobi trailer. Since we know Vader will be in the show anyway, should they show Darth Vader in the trailer or save him for when the show comes out?

u/Green_Warrior420 was hoping for a tease, but no footage, “I would just like to hear Vader’s voice saying hello master. Or something like that.” u/Kinrest agreed that would have been the best play for Lucasfilm, saying “That’d be best. Just his voice or respirator but no visual.”

Twitter user Dan.PNG was not a fan of the entire trailer, noting that this certainly isn’t the first time since the original trilogy that Vader has been seen. The character has, for example, appeared in numerous comic book runs, Rogue One: A Star Wars Story (2016), and Star Wars: The Clone Wars:

physically cringed at them teasing darth vader, a character we have seen repeatedly in multiple different media over the last few years. its not like we haven’t seen him in a long time lmao.

physically cringed at them teasing darth vader, a character we have seen repeatedly in multiple different media over the last few years. its not like we haven't seen him in a long time lmao.

Related: ‘Star Wars’ Fans Hone In on “Distress Beacon,” Convinced Cad Bane Will Be Back

u/ShowConsistent was proven wrong, as they had been confident that Disney and Lucasfilm wouldn’t show the character at all until his rumored debut in the Episode 2 post credits sequence, “They’ll save him for the second episode ending/end credits for sure. That’ll get some major interest and hype the show up.”

Finally, u/AngeluvDeath summed up most Star Wars fans’ feelings, posting simply, “No you save Vader. His first entrance should be epic.”

Were you happy with the Star Wars Day Obi-Wan Kenobi trailer?