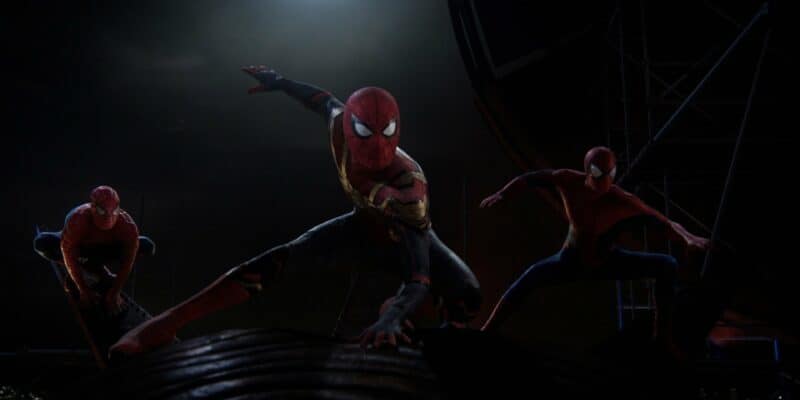 Marvel Studios didn’t stand a chance when it came to the Oscar ceremony as fans just learned that online bots dictated who won certain awards.

The MCU has had quite a few memorable moments over the past few years with Avengers: Infinity War (2018) and Avengers: Endgame (2019) leaving fans in shock at what Marvel pulled off. Spider-Man: No Way Home (2021) continued the trend with another slew of fan-favorite moments. Due to the Oscars usually ignoring fan-favorite scenes from movies, the academy decided to create two new categories for the awards this past year, ”Fan Favorite“ and ”Cheer Moment“ which the academy would award the movie that got the most votes.

Marvel fans thought Captain America getting Mjolnir and saying “Avengers, assemble” would definitely win a reward, or even the three Spider-Men — Andrew Garfield, Tobey Maguire, and Tom Holland — working together to take down their respective villains would easily win one of the awards. When the ceremony announced that Army of the Dead (2021) and Zack Snyder’s Justice League (2021) won the awards, Marvel fans were upset.

Sure, Justice League was good, but not as memorable as Endgame or No Way Home. Fans were devastated that Marvel continued to barely get any notice at the Award ceremony. Few MCU movies have gotten recognition with Black Panther (2018) being one of the few MCU movies to win an Oscar. Now, sources have confirmed that the votes were rigged as Snyder fans used several bots to rig the votes in their favor.

With the Oscar ceremony happening a few months ago, these new details won’t affect the recent award decisions. Will Smith’s fiasco may be the most memorable part of the Oscars, but next will definitely be an interesting time for fans as they will be wondering what will change for next year. Hopefully, there will be some integrity for next year’s Oscar ceremony as fans already have little faith that Marvel will have any recognition.

After creating several of the highest-grossing films of all time, it’s a surprise that the MCU has barely won any awards. Very few Oscars are handed out to Comic Book movies, but DC has managed to snag more than Marvel as Joaquin Phoenix and Heath Ledger both won Best Actor after their amazing performances as the Joker.

Right now, people have started to stop caring about the Oscars and do not have much faith in the Award ceremony. If the Oscars want to continue being prevalent and respected, the academy will have to make some drastic changes and hopefully, it will start to acknowledge the hard work that Marvel Studios has done in the past decade.

Do you think the Oscars will do a better job with the new categories next year? Let us know what you think!