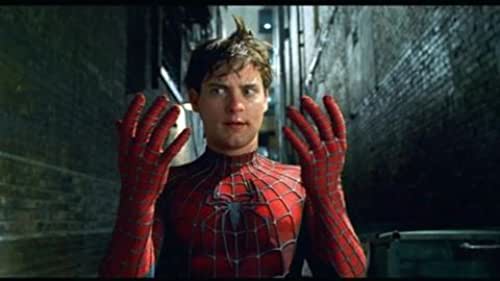 A new fan theory explains how there’s a possible connection between Tobey Maguire’s Spider-Man with Doctor Strange in the Multiverse of Madness (2022).

Doctor Strange 2 does a great job exploring other universes, but it’s interesting how the movie doesn’t show any of Defender Strange’s universe. The movie starts with America Chavez (Xochitl Gomez) running with one of Benedict Cumberbatch’s Doctor Strange variants, Defender Strange, to grab the Book of Vishanti. This plan doesn’t work out as Defender Strange dies right after trying to take Chavez’s powers so that her enemy wouldn’t get it.

While this is a dramatic opening, it does leave fans to wonder more about who Defender Strange is. Some fans believe they have the answer. They think Defender Strange could be from Sam Raimi’s Spider-Man universe and could have worked with Tobey Maguire’s Spider-Man. Here’s all the evidence.

In Spider-Man: No Way Home (2021), Maguire learns that Tom Holland is a part of the Avengers and he wishes he could have been a part of his own super hero team. It’s very possible that when Maguire was sent back to his own universe, he went out of his way to learn about the other heroes in his universe. This could’ve led him to create the Defenders, a superhero team from Marvel comics with a simple goal such as defending New York City.

Doctor Strange does share at the beginning of the movie that No Way Home happened a few months earlier implying that there would be enough time for Maguire to create the Defenders and have his universe’s Doctor Strange become Defender Strange. From there, it’s very possible that Defender Strange learned about Chavez and went to help her quickly.

Fans know that Strange likes to jump headfirst into danger and save the day so it isn’t surprising that he didn’t call for backup as he expected to handle it by himself. One thing that isn’t clear is how long Chavez and Defender Strange worked together, but for this theory, it must have been a short time, and didn’t spend a lot of time in his universe as Chavez doesn’t know anything about Spider-Man.

Hints of Doctor Strange in Spider-Man 2

Before the MCU, Sam Raimi’s Spider-Man trilogy was considered to be some of the best Marvel movies there was. Some of the references in those movies were to other Marvel properties but it didn’t mean that fans should expect anything more than a nod towards the mentioned character. So when J.K. Simmons is trying to name Alfred Molina’s Doctor Octopus in Spider-Man 2 (2004), he says Doctor Strange is already taken.

Back then, this is a throwaway line, but the MCU has made sure to retcon many throwaway lines into something meaningful. It’s possible that Raimi wanted to make this line feel more important and even though nothing is confirmed, Maguire can still return and then talk more about his universe if he appears in another MCU project. Right now, rumors speculate that Maguire can appear in Secret Wars as the web-slinger might be needed for Marvel’s biggest crossover event.

This theory would offer a great explanation into maybe why Maguire couldn’t be in the movie as one of the anticipated cameos. Hopefully, fans will get to see more of Spider-Man in future projects as he was definitely one of the highlights in No Way Home and deserves to be in more MCU projects.

Do you think Tobey Maguire was from the same universe as Defender Strange? Let us know what you think!