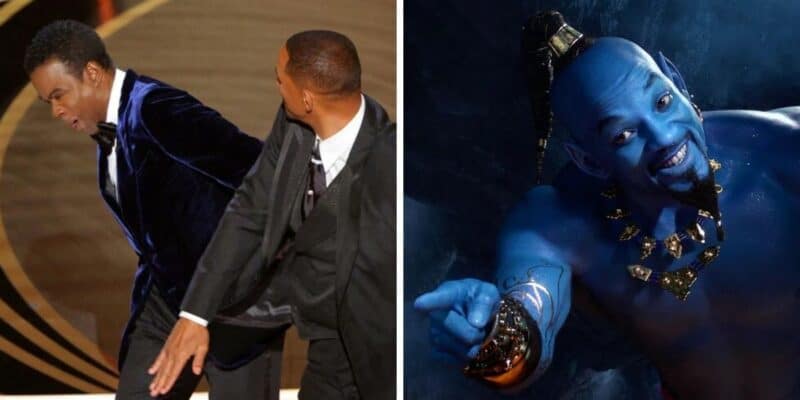 Will Smith (Fresh Prince of Bel-Air, Aladdin, I Am Legend, King Richard) made headlines back in March after he walked up on stage and slapped Chris Rock (Spiral, The Longest Yard, Grown Ups 2) across the face after the comedian made a joke about Smith’s wife, Jada Pinkett Smith (Girls Trip, Scream 2) and her new movie G.I. Jane 2.

Ever since, a handful of upcoming Will Smith projects have been paused due to the aftermath and backlash the actor has received. Additionally, the Academy of Motion Picture Arts and Sciences officially banned Will Smith from future Oscar events for the next 10 years.

Fans are also calling to Universal Orlando to retheme Men in Black: Alien Attack as after the Oscar slap, some Guests cannot look at the ride the same.

Despite the backlash and aftermath Will Smith has received, Disney is continuing to promote Smith’s content. Last weekend, when listening to the Disney Hits station on Sirius XM radio, Will Smith’s version of “Friend Like Me” came on.

Related: Will Smith responds to ‘Aladdin’ co-star after stating he’s had no auditions since film debuted

What do you think of Disney playing Will Smith’s “Friend Like Me” on Disney Hits on Sirius XM? Should they have played Robin Williams’s version instead? Let us know in the comments below.