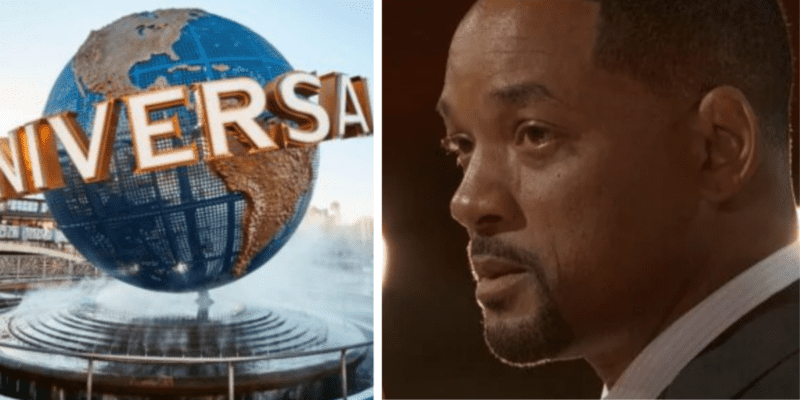 The Universal Orlando Resort is one of the most thrilling destinations in Florida, rivaling The Walt Disney World Resort with its two award-winning theme parks, water Park, and countless attractions. But one attraction, in particular, is facing some backlash following Will Smith’s assault at the 2022 Oscars.

Following a G.I. Jane 2 joke made by Rock towards Jada Pinkett Smith, making a low blow to her hairless caused by alopecia, husband Will Smith interrupted the 2022 Oscars to slap Chris Rock.

The incident destroyed the internet, with calls of cancellations for Will Smith being made.

After the I Am Legend (2007) actor made an official apology to Chris Rock, the Academy of Motion Picture Arts and Sciences officially banned Will Smith from future Oscar events for the next 10 years.

Will Smith’s public image is forever tarnished, unfortunately. Smith is one of the most iconic and recognizable actors in history, making his way into all aspects of entertainment, including theme parks.

Men in Black: Alien Attack at Universal Studios Orlando theme Park — home of Diagon Alley of the Wizarding World of Harry Potter, The Simpsons at Springfield, USA, and E.T. Adventure — is one of the most famous pieces of entertainment at the massive Resort.

After getting off the breathtaking Hollywood Rip Ride Rockit, Men in Black (1997) fans can enjoy the thrills of New York City streets as they fight off an invasion of dangerous aliens.

This classic shoot-em-up attraction allows Guests to use S4 Alienators to vanquish any intruders, allowing Park attendants of all ages to enjoy the thrills of MIB and more.

Following the Will Smith incident at the Oscars, this Men in Black attraction isn’t the same for some Guests.

In a recent Twitter post from Universal Orlando, some fans are calling for the replacement of Men in Black: Alien Attack:

Needs to be retired and so does simpsons.

Needs to be retired and so does simpsons

On the official Instagram of Universal Orlando Resort, more fans shared their opinions about the future of this beloved attraction, with one fan, @steelcitytoday, writing:

I bet Will Smith wishes he could use that memory eraser device on the whole world right about now.

Men in Black: Alien Attack is one of the most popular and “classic” attractions of Universal Studios Orlando. It’s clear that Universal is NOT replacing this ride anytime soon, as the same goes with E.T. Adventure and more.

Nonetheless, it’s interesting to see some opinions, as the previously mentioned Tweets do not represent the Universal community as a whole.

Armed with a clear vision and a brazen, 78-page plan, Richard Williams is determined to write his two daughters, Venus and Serena Williams, into history. Training on tennis courts in Compton, Calif., Richard shapes the girls’ unyielding commitment and keen intuition. Together, the Williams family defies seemingly insurmountable odds and the prevailing expectations laid before them.

The Gemini Man (2019), Collateral Beauty (2016), Bad Boys (1995), Muhammad Ali (1995), and Wild Wild West (1999) actor were comforted by Denzel Washington and Tyler Perry at the Dolby Theater in Los Angeles during a commercial break following the incident with Chris Rock, making way for the actor to compose himself before accepting his award for Best Actor and giving the spotlight to Jessica Chastain.

The Mohammed Ali (2001) actor is turning the page in this chapter of his life, citing in an Instagram post, “I was out of line and I was wrong. I am embarrassed and my actions were not indicative of the man I want to be. There is no place for violence in a world of love and kindness… I am a work in progress.”

Then, don’t forget about all the fantastic attractions like Despicable Me: Minion Mayhem, The Simpson’s Ride, E.T. Adventure Ride, Harry Potter and the Escape from Gringott’s, Men in Black: Alien Attack, Hollywood Rip Ride RockIt, and much more all next door at Universal Studios Florida. Also, in central Universal Parks News, Epic Universe— the largest Universal Park globally— is currently under construction and is set to be finished by 2025.

What do you think about Men in Black: Alien Attack? Let us know in the comments below!