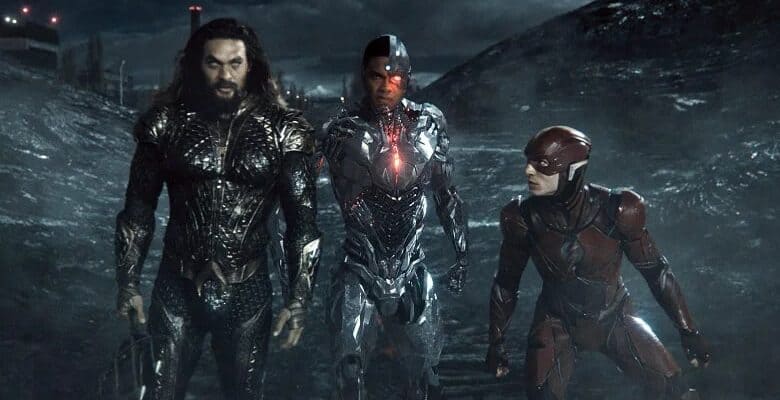 Just weeks after being arrested for disorderly conduct in Hilo, Hawaii, actor Ezra Miller has reportedly been arrested again for the alleged assault of a 26-year-old woman.

Miller has had a troubling few weeks. The actor, who most recently starred in the Fantastic Beasts franchise’s Fantastic Beasts: The Secrets of Dumbledore (2022) as Credence Barebone/Aurelius Dumbledore, was first detained by police officers on March 28. Police responded to reports of a disorderly bar patron causing disruption and yelling obscenities at other customers during karaoke, which saw Miller charged with disorderly conduct and harassment.

Police officials have stated that the DC Extended Universe star has been the source of 10 calls to the authorities in Hilo since March 7. These include the above arrest, and a subsequent restraining order request after Miller burst into a couple’s bedroom and allegedly stole belongings including a passport and wallet. Now, the Flash actor has added another altercation to their Hawaiian crime spree after being arrested again following an assault at a residence in Pāhoa.

Miller was arrested early Tuesday morning after an incident at a private residence in Pāhoa. Patrol officers responded to a report of an assault that occurred at a get-together in the Leilani Estates subdivision in lower Puna. According to the Hawaii Police Department, Miller allegedly became irate after being asked to leave and threw a chair, striking a 26-year-old woman on the forehead and resulting in an approximate half-inch cut. The woman refused treatment for the injury.

The report goes on to state:

Police arrested Miller at 1:30 a.m. after the actor was located on the roadway during a traffic stop at the intersection of Highway 130 and Kukula Street in Kea‘au. Miller was released at 4:05 a.m. after conferring with the County Prosecutor’s Office, pending further investigation. The investigation remains active.

Despite this assault pending investigation, the other altercations have seemingly been dismissed. The event at the karaoke bar ended with Miller paying the $500 bail to be released from custody and the couple who filed the restraining order requested the Judge to drop the case earlier this month on April 13. It seems unlikely that these continued disruptions in Hawaii will go unnoticed by the entertainment industry.

Miller currently has major ties with Warner Bros., having starred in big-budget blockbusters like Justice League (2017) and JK Rowling’s Harry Potter spinoff, the Fantastic Beasts franchise, which began with Fantastic Beasts and Where to Find Them (2016). For the DCEU, Miller is slated to appear in their own solo spinoff, The Flash (2023) as the titular superhero Barry Allen, looking to release next year. As for Fantastic Beasts, the waning film series seems to have more problems than just Miller’s behavior.

Looking to launch a new multi-billion dollar franchise set in the Wizarding World, Rowling’s Fantastic Beasts looks unlikely to finish out its ambitious five-movie series. After the controversy surrounding Rowling herself, Miller’s reckless behavior, and massive box-office declines — the latest installment posted a franchise-low on its opening weekend — the Eddie Redmayne-led (Newt Scamander) movies may not make it to their intended close.

As for the future of the DCEU, it’s muddled at best. While the movies pale in comparison to Kevin Feige’s Marvel Cinematic Universe, they do have a devoted fan following. After outcry, Warner Bros. finally released the original director cut of Joss Whedon’s Justice League, Zack Snyder’s Justice League (2021). Then, just weeks ago, the Flash’s entrance into the Speed Force beat out the competition for the #OscarsCheerMoment top spot at the 94th Academy Awards. Coming soon will be the sequel to the billion-dollar Aquaman (2018) film, Aquaman and the Lost Kingdom (2023) starring Jason Momoa (Arthur Curry/Aquaman) and Amber Heard (Mera).

It will be interesting to see if Miller’s actions cause repercussions for the actor’s future movies and career.

What are your thoughts on this subject? Let us know in the comments down below.