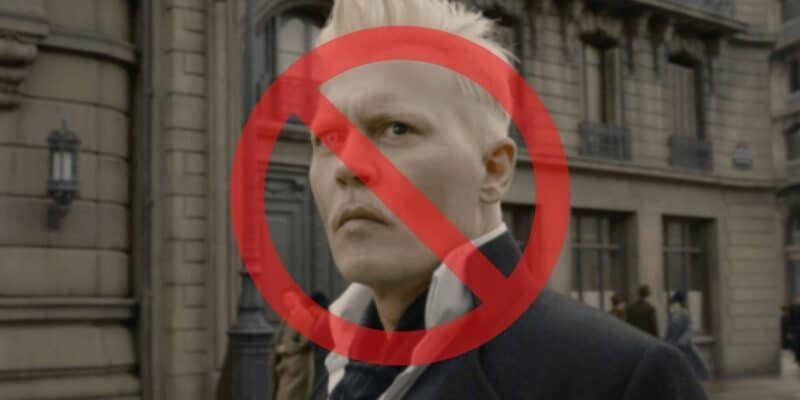 It’s been a while since the Wizarding World was on our screens, that being said, it seems that Harry Potter content is being lined up for fans in the very near future. HBO Max will debut the anniversary documentary Harry Potter 20th Anniversary: Return to Hogwarts featuring discussions from the original trio, Daniel Radcliffe (Harry Potter), Emma Watson (Hermione Granger), and Rupert Grint (Ron Weasley). Then next year, the third installment in the Fantastic Beasts franchise will release.

While the return to the magical world is highly anticipated, and not just for the better, one specific casting decision is causing waves online with fans launching a boycott against the upcoming movie.

Eddie Redmayne first brought the magizoologist Newt Scamander to the Wizarding World back in Fantastic Beasts and Where to Find Them (2016) before the sequel, Fantastic Beasts: The Crimes of Grindelwald (2018) debuted two years later. After four years, Redmayne will return as the shy wizard in JK Rowling’s Fantastic Beasts: The Secrets of Dumbledore (2022), from director David Yates and screenwriter Steve Kloves.

Perhaps the biggest casting announcement came in the form of actor Johnny Depp’s Gellert Grindelwald recasting. Mads Mikkelsen was announced as the actor to take on the role of the evil wizard after Depp was forced to resign from the Warner Bros. production amid the domestic abuse controversy involving his ex-wife, Hollywood actress Amber Heard. After losing the libel case against the British tabloid, The Sun, and News Group Newspapers, when the publication called him a “wife-beater”, Depp issued a statement saying he would no longer be playing Dumbledore’s arch-nemesis in the future of the Fantastic Beasts franchise.

Depp first appeared as the dark wizard Gellert Grindelwald at the end of Fantastic Beasts and Where to Find Them after it turned out Colin Farrell’s Percival Graves was the evil wizard all along. The Pirates of the Caribbean star then fully embodied the role in the Fantastic Beasts movie sequel, The Crimes of Grindelwald, but now, it will be Mikkelsen that will carry on the Grindelwald legacy at least for this next feature film.

And Johnny Depp fans are not happy about it.

Now that the first look of Mikkelsen as Grindelwald is out, shortly followed by the release of the new trailer, fans took to social media to condemn Warner Bros. movie and called for a boycott amid the Depp erasure.

Johnny Depp is my Grindelwald

Johnny Depp is my Grindelwald pic.twitter.com/5VZL1masbu

Another tweet from Murmeltier (@rentier13) called out the recasting. They said:

Making the new Grindelwald an ordinary person makes the movie not more interesting. They have replaced Johnny Depp and told the people who were against it that they are not needed. So show them we do not need a boring FB3. Let us boycott Warner Brothers, who punished the victim.

Making the new Grindelwald an ordinary person makes the movie not more interesting. They have replaced Johnny Depp and told the people who were against it that they are not needed. So show them we do not need a boring FB3. Let us boycott Warner Brothers, who punished the victim. pic.twitter.com/76Vfbai2q3

In a similar vein, @NadyaGridasova, said:

I declare a BOYCOTT of the movie FANTASTIC BEASTS 3 without Johnny Depp. Art should be higher!!!

These are just a handful of messages hitting the social media platform. The boycott is also gaining steam amid the JK Rowling transphobia controversy, with the creator being called out for her controversial views.

Tempers are seemingly more heightened due to the fact that Amber Heard is still employed by Warner Bros. in director James Wan’s Aquaman and the Lost Kingdom (2022). The follow-up to Aquaman (2018) sees Heard’s Mera reunited with Jason Mamoa’s Arthur Curry AKA Aquaman in a new undersea adventure. Throughout the lawsuits and the casting controversies, social media trends #JusticeForJohnnyDepp and #FireAmberHeard have consistently blown up online.

While Depp has faced the courts following Heard’s domestic abuse allegation in varying capacities, the Captain Jack Sparrow actor has consistently denied the claims and has also issued his own plea that it was he who was the victim of domestic violence. The lawsuit for the ongoing defamation suit will go to court in April next year in Fairfax County, Virginia. This comes after months of attempts from Heard’s team to get the lawsuit tossed out. Judge Penney Azcarate will lead the proceedings.

Depp’s Minamata (2020) has finally gotten a domestic US release while the Aquaman sequel will hit theaters next year.

What do you think of Johnny Depp’s replacement in Fantastic Beasts? Let us know in the comments down below!