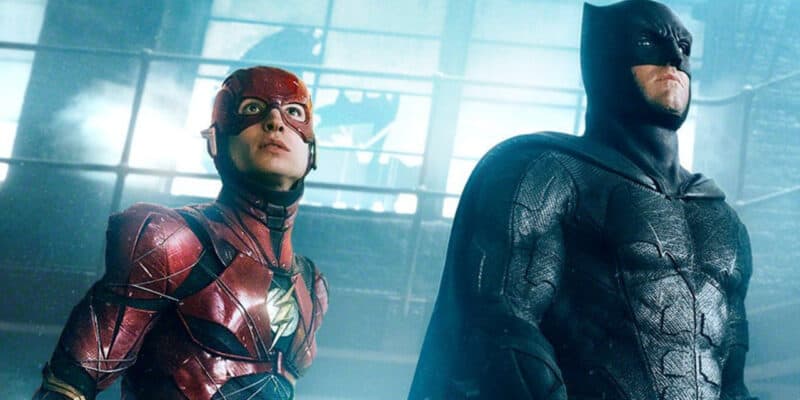 The DC universe is full of family-friendly stars, but Zack Snyder’s shining superhero and star of the upcoming The Flash (2022) has been arrested after causing mayhem at a bar.

Ezra Miller, best known as Barry Allen/The Flash of the DC universe, has reportedly been arrested for disorderly conduct & harassment following a hasty altercation between him and patrons of a bar in Hawaii.

Hawaii News Now reports that actor Ezra Miller, 29, was arrested on the island of Honolulu after “allegedly yelling obscenities and he became agitated when people began singing karaoke.”

Ezra Miller has been arrested for disorderly conduct & harassment.

Miller allegedly yelled obscenities & became agitated when people began singing at a karaoke bar. They grabbed the microphone from a woman & later lunged at a man playing darts.

Ezra Miller has been arrested for disorderly conduct & harassment.

Miller allegedly yelled obscenities & became agitated when people began singing at a karaoke bar. They grabbed the microphone from a woman & later lunged at a man playing darts.

Related: You Won’t Believe What Robert Pattinson Stole from ‘The Batman’ Set

Miller is reportedly the 29-year-old actor who played “The Flash” in several superhero movies.

According to police, the arrest stemmed from an incident at a karaoke bar along Silva Street Sunday. Miller was allegedly yelling obscenities and he became agitated when people began singing karaoke.

At one point, police say he grabbed the microphone from a 23-year-old woman who was mid-song, and he later lunged at a 32-year-old man playing darts.

Both of those actions led to a disorderly conduct and harassment offense.

The bar owner asked Miller to calm down several times, but to no avail, police said.

The news will come as a shock for many Harry Potter and DC fans, especially those looking forward to seeing Miller in Fantasic Beasts: The Secrets of Dumbledore (2022) and The Flash (2023).

Ezra Miller’s was arrested, charged, and bail was posted for $500. Miller’s bail has reportedly been paid and the actor was released.

More about DC and The Flash

Ezra Miller’s controversial The Flash has been delayed to June 23, 2023, due to the pandemic.

Stay tuned for this updating piece on Inside the Magic!