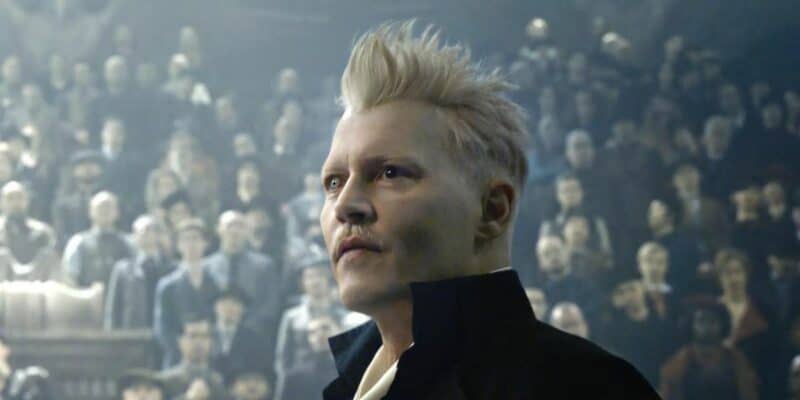 It’s no stretch to say that Fantastic Beasts: The Secrets of Dumbledore (2022) was doomed from the get-go. From JK Rowling locking horns with the trans community, to Johnny Depp‘s exit from the series due to his ongoing legal battle with ex-wife Amber Heard, the third entry in the Harry Potter spinoff series has attracted more controversy than we could have possibly imagined.

However, it would be a lie to suggest that the problems didn’t start with the previous film, Fantastic Beasts: The Crimes of Grindelwald (2018), which was poorly received by fans and critics alike, largely due to convoluted storytelling, an abundance of subplots that go absolutely nowhere, major inconsistencies with the Harry Potter movies, and generally a lot of misdirection.

Nevertheless, it grossed over $654 million worldwide, and became the tenth highest grossing film of that year. Its follow-up, The Secrets of Dumbledore, however, marks a first-time low for the entire Harry Potter franchise, having so far collected only $43 million in the United States and Canada, which will undoubtedly come as a shock to the Wizarding World community.

A worldwide total of $193.4 million for the latest film, however, is hardly to be snuffed at, but its domestic earnings mean it has the lowest opening out of all 11 films in the entire Harry Potter franchise so far. And the bad news doesn’t just end there for the latest spinoff sequel (or prequel, however you look at it) — the film is also receiving mixed reviews from fans and critics.

With that said, it is generally considered an improvement over its predecessor, as is Mads Mikkelsen‘s performance over Johnny Depp’s as Gellert Grindelwald. But the critical response is really only a secondary problem — if it was the first, then given the reception of The Crimes of Grindelwald, The Secrets of Dumbledore would have never been greenlit in the first place.

So what does this mean for the rest of the franchise? Well, in 2016, JK Rowling confirmed that there would be five movies in the Fantastic Beasts series, but that could change now that the numbers for the latest installment aren’t looking particularly impressive. It also marks an overall decline in the spinoff series altogether, with the second film falling short of the original.

The Secrets of Dumbledore sees the return of Albus Dumbledore (Jude Law), Newt Scamander (Eddie Redmayne), Jacob Kowalski (Daniel Fogler), and Tina Goldstein (Katherine Waterston). This time, however, Mads Mikkelsen steps in as the dark wizard Gellert Grindelwald, having replaced Johnny Depp due to the storm of controversy surrounding allegations of abuse.

The movie is the seventh in the franchise to have been directed by David Yates, and like its predecessor, its screenplay was penned by JK Rowling (this time co-written). Rowling has been at the heart of controversy recently, having expressed some enormously unwelcome views on sex and gender identity via Twitter.

Meanwhile, Ezra Miller, who plays Credence Barebone in all three Fantastic Beasts films, was recently arrested for disorderly conduct and harassment. Whether or not all this controversy has played a part in the film’s underwhelming opening is unknown, but either way, it definitely appears to be tarnishing the Wizarding World’s once squeaky-clean image.

And there’s also no escaping the fact that The Secrets of Dumbledore is a first-time low for the franchise from a financial point of view. Recently, Variety reported that Warner Bros. greenlighting the next two installments is entirely subject to the commercial and critical performance of the latest film. So, needless to say, things aren’t looking great.

Fortunately, though, it’s not all doom and gloom in the Wizarding World, as the hugely anticipated open-world RPG game Hogwarts Legacy (2022) is heading to all major consoles later this year. But nevertheless, the franchise’s time in theaters could be up…

Do you think Fantastic Beasts: The Secrets of Dumbledore‘s box office figures will reshape the rest of the series? Let us know in the comments below!