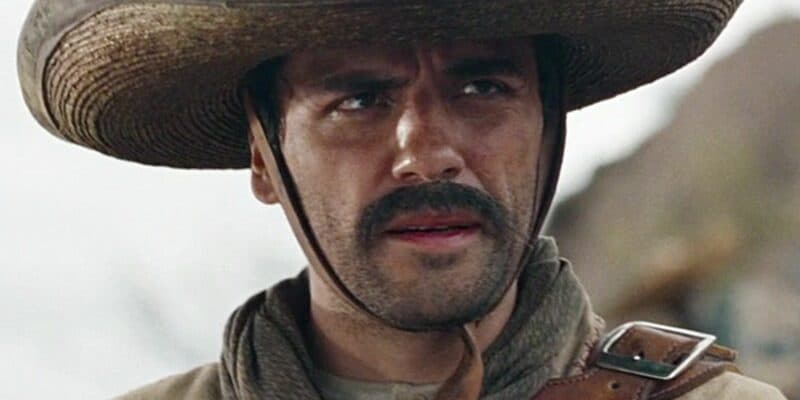 Oscar Isaac hints that Jake Lockley could have a different costume design as Moon Knight and it could be western-themed.

Moon Knight is Marvel’s first attempt at exploring Egyptian mythology and bringing several Egyptian gods into the MCU. With Thor: Love and Thunder (2022) going to focus a lot on the gods of the MCU, it will be interesting to see how many gods appear in the upcoming film.

Fans have enjoyed seeing Isaac star as the main hero in the series. The actor has already admitted that Moon Knight isn’t an easy character to portray as the hero deals with Dissociative Identity Disorder meaning he has several personalities.

So far Marvel has only introduced two of the personalities starting with Marc Spector who is a mercenary and Steven Grant who is first seen as a gift shop clerk for a museum. Fans who have read the comics know that Marc has a third personality and several clues have made it clear that it isn’t if Marvel will introduce the third personality, but when.

Jake Lockley is known to be Moon Knight’s third personality and normally is portrayed as a taxi driver. This is how Moon Knight gets all of his information about the criminal underworld in the comics. Most likely, fans will get to see Jake in the next episode of Moon Knight, but due to how the MCU works, it’s possible that a new costume will be introduced for the show.

Even though Marc Spector has lost his powers, many fans believe he will regain them before the end of the show. Since Marvel decided that every personality would have a distinct suit — Moon Knight turning into Mr. Knight — it would make sense that Jake’s suit would be another design from the comics. Oscar Isaac even teased that this is what will happen when he was asked by Entertainment Tonight:

“It’s very possible. You’ll have to keep watching to find out.”

Isaac then added to his comment by agreeing with the logic:

“I like how you’re thinking. That is very logical.”

While the actor didn’t say anything more on the subject, it’s very likely that Moon Knight will get a new suit when Jake takes over. Here are a few ideas of what Moon Knight’s third costume could be.

This costume is a dramatic departure from the usual white and black costume Moon Knight wears in the comics as he only keeps the crescent moon symbol with an all-black suit. Moon Knight has no hood with this costume so it would be a good hybrid between Mr. Knight and Moon Knight.

One of the problems with the suit is that it is very different from the other designs and since fans already compare the super hero to Batman, Marvel may be hesitant to bring this suit into live-action. The Ultimate Moon Knight costume is one of the best designs for the hero so fans can hope Marvel will let Jake wear the suit.

For a brief period of time in the 90s, Moon Knight wore silver armor instead of his usual clothes so that way he could have more protection. Knowing that Jake is definitely the most violent member out of the three, it would make sense that he would prefer to have extra protection when he fights.

The only problem with this suit would be that the suit would surely be heavy and very awkward to move in so it would be hard to see how the MCU would adapt the suit for live-action. That doesn’t mean it isn’t possible, but Marvel could also want all the suits to be white to avoid confusion.

Related: Marvel Director Didn’t Believe Doctor Strange Should Be In the MCU

While Marc Spector may have never turned into a cowboy while working with Khonshu, one of the Moon god’s former avatars was actually a gunslinger. As Khonshu recounts some dealings with Amon Ra, one of the other Egyptian gods, he brings up how his former avatar actually kills Ra’s avatar in a duel.

Moon Knight does end up teaming up with the gunslinger when he was being chased through time by Kang the Conqueror, but it’s unlikely that Marvel will explore more time travel anytime soon. Instead, it would make sense for Jake to steal the look as it isn’t too far off from the other costumes and would have a very distinct look for the super hero.

Jake could easily wield two pistols and take down his enemies like it’s the wild west and knowing Marvel, they would be on board for this wacky idea. It would be Marvel’s first attempt at having a cowboy super hero if Jake actually believes he is a gunslinger. Of all the costumes mentioned, this one makes the most sense as it fits with the current set of costumes with the white and black aesthetics and design.

Which suit do you hope Jake will have? Do you think he will have the western cowboy suit?  Let us know what you saw in the comment section below!