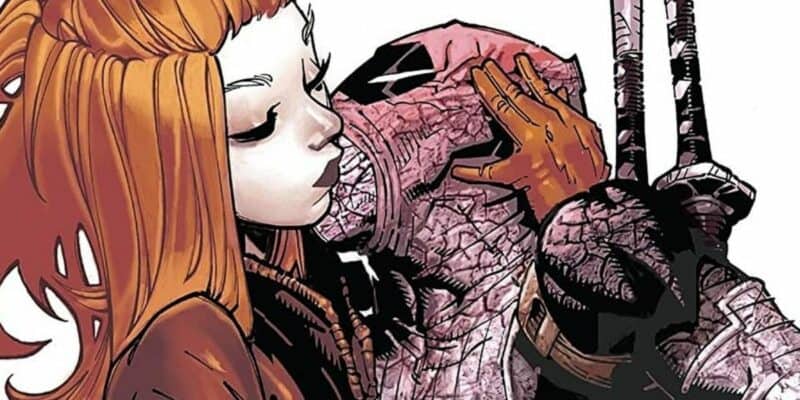 The Marvel Cinematic Universe is quickly filling with monsters. Moon Knight just featured a live-action mummy monster; Blade will have vampires at some point, and Werewolf by Night will, of course, bring werewolves to the MCU. Mahershala Ali’s Eric Brooks/Blade cannot hunt them all by himself, and new reports reveal that Marvel Comics’ greatest female monster hunter – Elsa Bloodstone – will debut in Marvel’s Phase Four.

Deadline initially broke the casting news in January, but there was no confirmation on who Laura Donnelly would be playing alongside Gael Garcia Bernal. Bernal will play Jack Russell, the titular werewolf who first appeared in Marvel Spotlight #2 (February 1972) by Gerry Conway, Roy Thomas, and Mike Ploog.

At the time, it seemed like a safe bet that The Nevers star would be playing his niece the Vampire by Night/Nina Price, but this new exclusive report from Cosmic Circus reveals that Laura Donnelly will not be playing Nina Price but will, in fact, take on the role of Elsa Bloodstone in the Disney+ Marvel Halloween Special Werewolf by Night.

Who is Elsa Bloodstone?

Elsa Bloodstone first appeared in Bloodstone #1 (October 2001) by Dan Abnett and Michael Lopez. Elsa is the daughter of Elise and the immortal monster hunter Ulysses Bloodstone. She was raised in England by her father to become the ultimate monster hunter. His training methods included throwing her to a shiver of Great White Sharks and setting her up against the Blight Beast as a baby.

Elsa has been a member of a couple of different Marvel teams. This includes Nextwave, an elite anti-terrorism team assembled by Dirk Anger, director of H.A.T.E. (Highest Anti-Terrorism Effort). On Nextwave, Elsa Bloodstone worked with Monica Rambeau, the Captain, Tabitha Smith, and Aaron Stack.

As an English superhero, she has worked with characters like Brian Braddock/Captain Britain/Captain Avalon at the Braddock Academy.

Elsa gets her powers from the Bloodgem or Bloodstone. In the Hyborian Age, a meteorite landed on Earth in Northern Vanaheim on the European continent and broke into fragments. One piece of the bloodstone became embedded in Ulysses Bloodstone’s chest, making him immortal. Elsa keeps her fragment in the Bloodstone Choker.

The Bloodgem gives Elsa superhuman strength, agility, and enhanced regenerative powers. She is also immune to vampire bites. The bloodstone can also discharge potent energy blasts. This, combined with her formattable combat training from her father, makes her one of the craziest badasses in Marvel Comics.

She most recently teamed up with Wade Wilson/Deadpool when he became King of Monster Island. Elsa tricked Deadpool into fighting the Bone Beast Queen, who cursed her Bloodgem and nearly killed her. Later she felt guilty and took care of his decapitated head while he regenerated. This resulted in one of the weirdest romances in Marvel Comics history.

Related: Bruce Banner’s Time as the Hulk May Be Over Soon

More on Werewolf by Night

Werewolf by Night is set to be the second MCU special planned for Disney+, with the streaming service also currently planning a Guardians of the Galaxy Holiday Special written and directed by James Gunn. Oscar-winning Star Wars composer Michael Giacchino is reportedly directing Werewolf by Night.

It is expected to stream on Disney+ in 2022, most likely in October for Halloween though no release has been confirmed. There are rumors that Werewolf by Night could feature cameos from Mahershala Ali’s Blade, Eternals star Kit Harington’s Dan Whitman/Black Knight, or Oscar Isaac’s Marc Spector/Steven Grant/ Moon Knight.

Let us know if you are ready to see Laura Donnelly in the MCU as Elsa Bloodstone in Werewolf by Night.