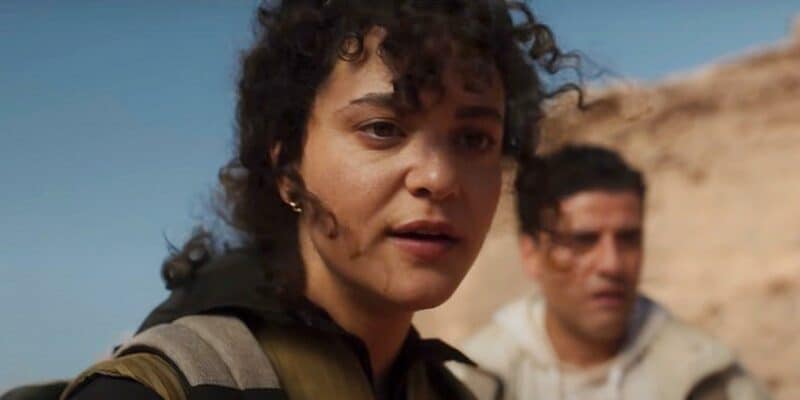 Related: Marvel Has Replaced A MAJOR Character In New Series

No fan was expecting to see Marc Spector (Oscar Isaac) appear in an insane asylum amongst numerous of his co-stars, including himself, Steven Grant, at the end of Moon Knight‘s episode four.

But, one of the most prevalent characters, Layla, was never meant to appear in the series at all.

Egyptian actress May Calamawy is a new fan favorite, instantly becoming an internet sensation after her Marvel debut in Moon Knight‘s episode two, Summon the Suit.

However, Layla El-Faouly doesn’t exist anywhere among Marvel’s extensive collection of heroes, villains, and characters. She shouldn’t even appear in the streaming series, as Marlene Alraune was Marc Spector’s original love interest in the comics.

“It started even on the page as a white woman and when we came on board, me and Sarah, she was then changed into half Egyptian and we pushed it. Let’s make it into an Egyptian character and they welcomed that.”

Bringing newfound Egyptian representation to Marlene’s character, actress May Calamawy reflects on director Mohamed Diab and Marvel Studios’ Kevin Feige always supporting her efforts to bring Layla into the existence of the MCU with a fresh perspective:

“Anytime I felt uncomfortable, I would go talk to [Mohamed] and his wife and I love how Kevin Feige gave us the freedom to share that, let people know, ‘This is not what it’s like, if we do that it’s gonna be a stereotype.’ I realized quite early on this is a space where my voice was going to be heard and that’s the best feeling.”

Ms. Calamawy was also evident on not wanting her Layla character to fall into the classic trope of modern female heroes like Lara Croft, insisting on bringing the “soft strength” that Middle Eastern women portray to her Indiana Jones-like figure (always on the hunt for the missing treasure, but “it belongs in a museum!”):

“I was careful not to draw inspiration from someone in the West because they want me to bring my side. In the Middle East, I find women have such a soft strength to them. And I was like, ‘How can I bring this to her? Why should I sit and copy what I think Angelina Jolie would do?’ Every woman I know is a bunch of dichotomies, and I wanted to bring that.”

Nonetheless, it’s not an exaggeration to state that Layla is the most popular Moon Knight character, as even Marvel shared an appreciation post for the actress on numerous social media platforms:

Marvel isn’t the only one obsessed with Layla (someone that was almost scrapped from the series!):

Many viewers of Moon Knight are praising the actresses’ range in acting, switching between an adrenaline-filled archaeologist to an emotionally driven wife of Marc Spector who’s trying to save her marriage while protecting Steven Grant, her new love interest (who is still technically her husband in a weird way, right?).

Nonetheless, Layla is essentially a copy of the Marvel comics character Marlene but given a deeper and richer backstory and character development seen throughout this limited series.

The Marvel future is bright for all of the series stars. Onto the next adventures of Moon Knight!