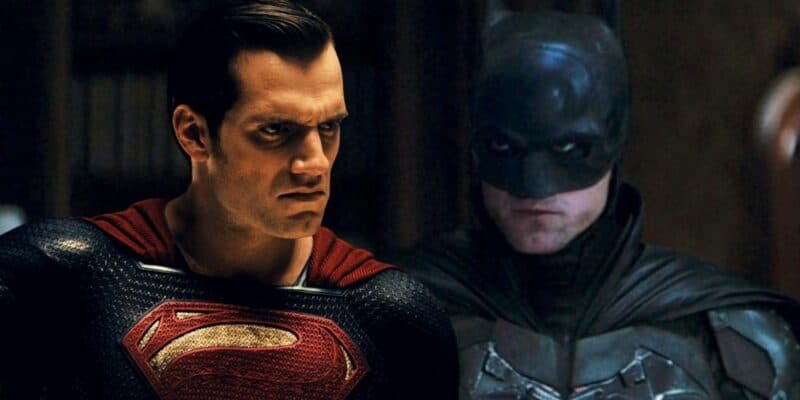 The Batman, starring Robert Pattinson (Edward from Twilight) as the Caped Crusader Bruce Wayne/Batman, has been a massive success for the DCEU, which has struggled to gain ground on the Marvel Cinematic Universe. It just hit HBO Max on April 18, which coincidentally is Clark Kent/Superman’s 84th Anniversary.

Warner Bros Pictures has had a lot on its hands with its recent merger with Discovery, so it seems details like Superman’s anniversary have slipped through the cracks as they try to get The Batman out on streaming.

The Last Son of Krypton first appeared in Action Comics #1 by Jerry Siegel and Joseph Shuster on April 18, 1938. Cal-El crash-landed in Smallville, Kansas, and was adopted by John and Martha Kent. Taking the name Clark Kent, he would become a symbol of hope for the world.

But everyone knows the story of Superman; he is one of the most iconic characters in any medium. He has had multiple live-action adaptations. Including the classic Christopher Reeve films and Brandon Routh’s short stint in Superman Returns (2006). Most recently, Henry Cavill played Superman in Zack Snyder’s Man of Steel (2013), Batman V Superman: Dawn Of Justice (2016), and Justice League (2017 and 2021).

On the small screen, Tom Welling played Clark Kent on Smallville, Dean Cain played the Daily Planet reporter in Lois & Clark, and Tyler Hoechlin has the honor of playing Superman in the CW’s Arrowverse. But despite how popular and prolific Superman is, it seems he will always be in the shadow of his Justice League teammate, The Dark Knight, Batman.

Ben Affleck played Bruce in the version of the DCEU that included Henry Cavill’s Superman. Prior to him, the Dark Knight was played by Christian Bale in Christopher Nolan’s Batman films. But with the state of the DCEU being in a constant state of jeopardy – most recently because of Barry Allen/Flash actor Ezra Miller’s antics, Robert Pattinson has taken on the cowl. And Keanu Reeves will take over next in DC League of Super-Pets on July 29, 2022.

The official description of The Batman from HBO reads:

The film was a major success for the DCEU. Despite being the third Batman reboot in less than a decade, it was the first film of 2022 to pass three-quarters of a billion dollars at the box office, currently standing at $751,602,773 worldwide. It has an 85% rating on Rotten Tomatoes, overshadowing other recent DC films.

But for many fans like Bbbennnjjjiii, that is no excuse for forgetting Superman’s special day. He said:

“If we’re going by DC, every day and every week is Batman day. Begrudgingly Superman’s anniversary is his day but even that day is used to celebrate Batman.”

If we’re going by DC, every day and every week is Batman day. Begrudgingly Superman’s anniversary is his day but even that day is used to celebrate Batman.

Micheal Keaton will be reprising his version of Bruce Wayne in the upcoming Batgirl film. So it’s a lot to keep track of. So maybe next Warner Bros Picture should put Superman’s “Birthday” on the calendar so they don’t forget it again.

The DC Extended Universe is just as prolific as the Marvel Cinematic Universe and has just as many fervent fans. But the MCU is contained almost entirely on Disney+, with the exception of the Spider-Man and Hulk solo films. Meanwhile, the DCEU is spread between multiple timelines on HBO Max and the CW.

Let us know in the comments if you loved The Batman or if you will be celebrating Superman instead.