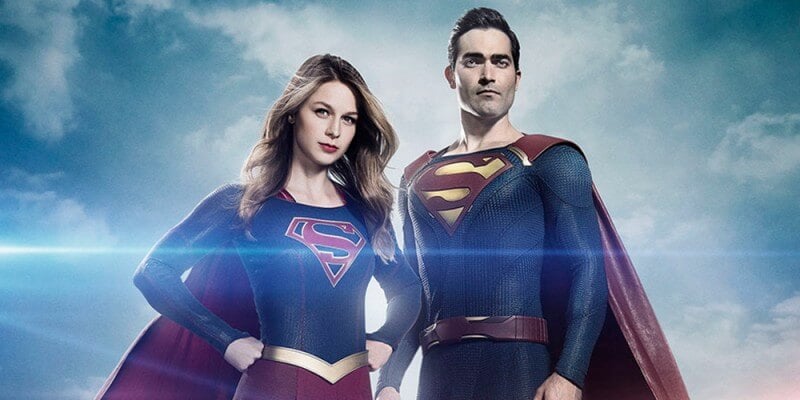 While it’s still incredibly odd to me that DC would split up their television and movie universes, it’s nevertheless awesome that we are going to have an iteration of Superman on the small screen within the Supergirl show.

Tyler Hoechlin was announced for the part sometime ago, and now we have our official first look at the actor in full costume, with Supergirl, both being eaten alive by lens flare! “It’s definitely incredibly surreal,” Hoechlin told fans at Comic-Con about taking on the iconic DC Comics character. “I know the character represents so much to so many people. This is not a generational thing. This is something literally spread across so much time. There is a lot of responsibility with this character. I’m really excited. I have not tried on the suit yet. That will be a moment for sure.”

Supergirl season 2 launches on October 10, 2016 and we can’t wait to see what’s in store for the plucky and powerful heroine! In the meantime, stick with ITM for all things fun and awesome!