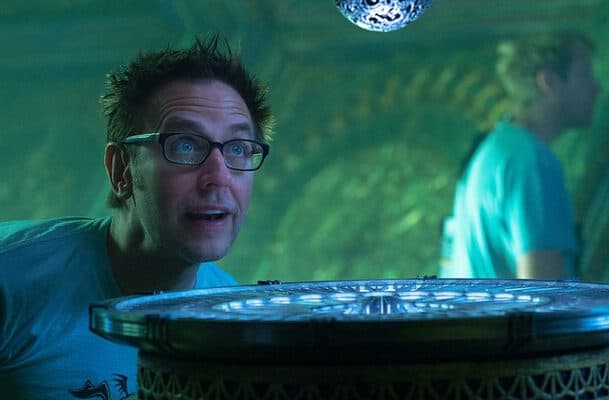 James Gunn has been keeping fans updated for a long time, but the fan-favorite director may have just teased that he isn’t done with Marvel just yet.

Gunn has had a mixed history with Marvel as he had a great making the first two Guardians films, Guardians of the Galaxy Vol. 1 (2014) and Vol. 2 (2017) which brought obscure characters like Drax the Destroyer, Mantis, and Groot into the spotlight. Fans were eager to see what Gunn had planned for Guardians of the Galaxy Vol. 3, but the director was temporarily fired and left the project on hold until Disney let him return.

Guardians 3 is Gunn’s last film with the characters and it will be the end of the road for many of the cast as they have all confirmed that some of them will part ways from Marvel. Due to Gunn’s previous history with Marvel, fans worry that the director may turn away from the MCU and spend most of his time working with DC as he continues with Peacemaker Season 2 and other spinoff projects.

John Appleton asked Gunn on Twitter if the director had any character from the Marvel universe he would love to bring into the MCU and the director responded that he is content with what he is working on:

There are presently no characters at either Marvel or DC that I want to be working with right now that I am not.

There are presently no characters at either Marvel or DC that I want to be working with right now that I am not.

The director also acknowledged that he was done with space operas and so he wasn’t interested in doing anything with Star Wars at the moment:

I’m finishing a Guardians trilogy. That’s enough space opera for me at this moment.

I’m finishing a Guardians trilogy. That’s enough space opera for me at this moment.

Gunn makes it clear that he doesn’t plan to start anything new for DC and Marvel, but the way he phrased his comment implies that Gunn might be working on something behind the scenes with Marvel. It’s very possible that Gunn could be doing a spinoff from Guardians with Will Poulter’s Adam Warlock or another character that Gunn will introduce in the movie.

It’s unlikely Gunn will be doing anything with any of the major Guardians characters as he seems to be done with those characters, but it’s a possibility. Looking back to The Suicide Squad, Gunn introduced John Cena’s Peacemaker as a cold-hearted murderer and used the HBO Max series to show the trauma and personal complexity the anti-hero has. A lot of DC fans loved Peacemaker and if Gunn did the same thing with one of the minor characters in Guardians 3, that would make perfect sense.

Disney+ already plans to keep bringing more diverse Marvel shows to the streaming platform so if Gunn was to add a spinoff series onto the streaming service, fans will definitely show up to watch what the director has done. Marvel has already entrusted Gunn with their first-ever Holiday Special set to premiere at the end of this year so it wouldn’t be out of the way to assume Gunn wouldn’t be able to direct a series.

Nothing is known for certain, but fans do hope that Guardians 3 won’t be the last project the director will work on. With Star Wars not on Gunn’s radar, it seems that the director will have a lot of his time focused on the DC universe with spinoffs from his Suicide Squad film, but that could all be up in the air with the new merger causing Warner Brother to overhaul the DCEU.

Do you think Gunn will continue to work with Marvel? Let us know what you think in the comments section below!