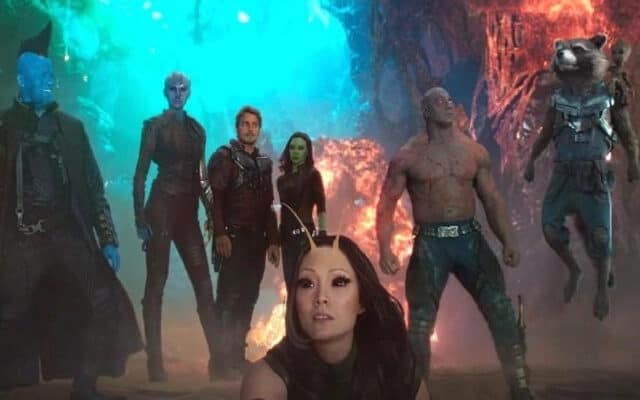 James Gunn is back on Twitter and this time the director has more news for Marvel fans.

Guardians 3 will also be introducing new characters such as Will Poulter’s Adam Warlock and Chukwudi Iwuji’s mysterious character. Now it seems that the movie will also include some “wonderful cameos” as Gunn recently gave an update on the movie:

Day 29. The Space Cruiser, Rick & Morty’s ship. It lights up. The cart is getting crowded. PS Today we are shooting some wonderful cameos for true Guardians fans. #GotGVol3 #RickandMorty

Day 29. The Space Cruiser, Rick & Morty’s ship. It lights up. The cart is getting crowded. PS Today we are shooting some wonderful cameos for true Guardians fans. #GotGVol3 #RickandMorty pic.twitter.com/ufCXkThiN7

If you can look past Gunn’s growing collection of Rick and Morty’s memorabilia, you can notice that the director makes it clear that these cameos will be for hardcore Guardians fans. Some Marvel fans have already placed their bets on who could be in the cameos. One fan, Max Marvel believed that Guardians 3 would introduce the Irish Wolfhound:

Another fan believed that Vance Astrovik could make an appearance:

Who are these characters?

Related: The MCU’s Newest Hero Doesn’t Have a Marvel Contract

Both the Irish Wolfhound and Vance Astrovik aren’t well-known characters, but that hasn’t stopped Marvel before. Most of the Guardians weren’t well-known before the first movie so it makes sense for the third movie to bring a lot more obscure characters from Marvel Comics.

The Irish Wolfhound is a warrior who is considered Ireland’s greatest warrior. At one point, he faced all of the Guardians of the Galaxy and single-handedly won the fight. He doesn’t use anything but his trusty spear and his main weakness is not understanding future technology, but he is very good at hand-to-hand combat.

Vance Astrovik has more history in the comics than the Irish Wolfhound as he is a mutant with telekinesis which makes him very powerful. The hero has traveled in time to change his history so that way he wouldn’t be stuck in cryogenic sleep for a thousand years and then ended up creating an alternate timeline where he became a super hero at an early age.

The hero has teamed up with the Guardians before and has served alongside several super hero teams over the years. The hero has also spent some time in jail after accidentally killing his father and this led him to go by the name of Justice after his time in prison.

Of the two, it would make sense for Vance to make an appearance if Marvel has plans for a Young Avengers project as Vance could easily be on the roster. The Irish Wolfhound would also be a good cameo to have as he was known to have bested Drax in a brawl which would be interesting to see in the movie.

Fans will have to wait and see who the cameos will be, but it won’t be long before the Guardians crew is back on the big screen.

Who do you think will appear in the Guardians of the Galaxy Vol. 3? Let us know what you think in the comments section below!

Comments Off on James Gunn Confirms “Wonderful Cameos” For ‘Guardians 3’