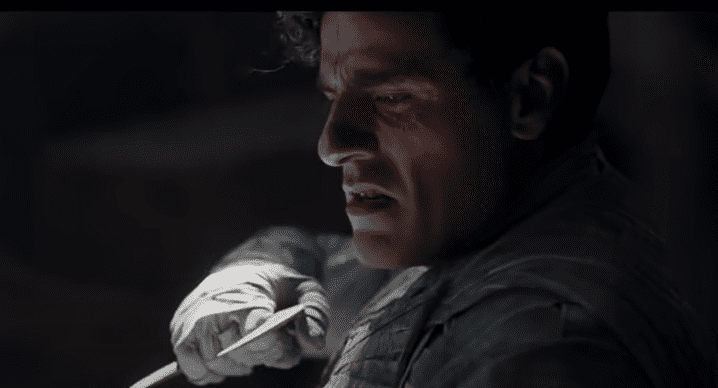 Oscar Isaac’s Moon Knight is in major trouble and Marvel seems to have a major twist planned for the character.

Moon Knight Episode 3 shocked fans by having the super hero lose his powers. Now that Ethan Hawke’s Arthur Harrow is getting close to awakening Ammit and Khonshu and Marc Spector won’t be able to save the day. After looking back at some recent promo videos, there’s a startling moment in a recent clip that implies that Marvel may be prepping for a major twist.

Here’s the video in case you didn’t see it before:

Fans may notice that Marc ends up in a white hallway with a Moon Knight action figure laying on the floor next to him. The hallway is empty and it seems like Marc is in an asylum. In Jeff Lemire’s run of Moon Knight, that’s where Moon Knight spends most of his time as he fights Ammit and another god, Set from taking over the world.

Marc later learns that the asylum drugs him and makes him unable to see the supernatural elements around as members of the staff are actually jackals, but Marc just sees them as humans. While this may be a shocking twist, it can easily happen as Marc can attempt to stop Harrow and end up failing. If Marc ends up being captured, he could wake up in the asylum being told he is receiving treatment for his condition.

The comics had Marc be told that he had dreamed of being Moon Knight, but that his adventures with Khonshu were all figments of his imagination. This led to him feeling isolated as he struggled to know what was true and what was a lie. If Moon Knight takes this approach, it would be a tragic turning point for Marc, but it would be something that makes sense for Ammit to do as she would want to place Khonshu’s Avatar in a prison. Additionally, they could use the action figure as if Moon Knight was just a toy super hero and make it seem that Marc is projecting himself as the hero making him question what is real.

Another shocking twist that Moon Knight could do is to have Khonshu actually be the villain. In the comics, this led to Moon Knight taking out all of Khonshu’s rivals and deceiving other gods into believing Khonshu wasn’t a threat. Eventually, the hero confronted Khonshu and decided to destroy him as he no longer needed the god. 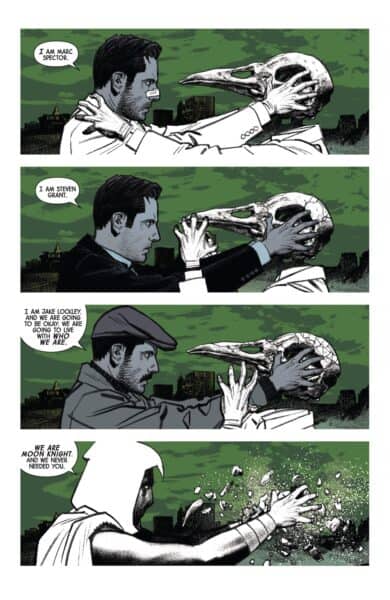 If Marvel was to go with this twist, it can explain how Marc can still be Moon Knight and keep his powers without Khonshu around. It would also leave fans to be shocked to find Arthur Harrow no longer the villain as he will most likely die by Khonshu or Ammit. Marvel fans aren’t expecting Khonshu to really be a huge threat as he is currently encased in stone, but this could be a ploy for Khonshu to deceive the other gods into believing he is no longer a threat.

Moon Knight also explores mental illness as the hero deals with Dissociative Identity Disorder. This means that the hero has several personalities and the series has introduced fans to Steven Grant and Marc Spector while hinting that a third personality could appear soon.

Do you think Marvel will follow the comics? What do you think will happen? Let us know in the comments section below!