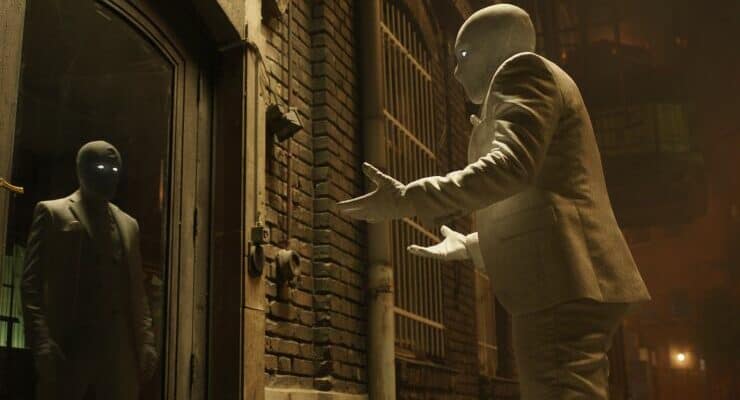 Marvel writer for Oscar Isaac’s Moon Knight just revealed that Marvel had left him in the dark about when the series would take place.

With Avengers: Endgame (2019) taking the bold move of going five years into the future, Marvel has been leaving fans confused about when certain movies and shows take place. Normally, the MCU operated on a chronological timeline where every movie happened in the present day, but that all went away after Endgame went forward in time.

This has left fans frustrated with recent projects like Eternals (2019) for having a large world-ending threat and nobody like Benedict Cumberbatch’s Doctor Strange or Brie Larson’s Captain Marvel coming to help. This has led some projects to feel disconnected from the MCU which has left fans upset as Marvel has always done a great job beforehand.

Slater revealed that Moon Knight faced the same challenges as the writer didn’t know when the series was going to take place in relation to the other movies and series:

A lot of people have asked this, but I have no idea, sorry. We didn’t know when our show would debut in relation to their other shows and films, so the timeline was intentionally left vague.

A lot of people have asked this, but I have no idea, sorry. We didn’t know when our show would debut in relation to their other shows and films, so the timeline was intentionally left vague.

Related: Actual Egyptologists May Have Figured Marvel’s Next Big Twist

While fans now know that the series takes place in 2024, it did leave the show feeling disconnected. Episode 3 had Khonshu, the Moon God alter the night sky to find the right constellation for Marc and Layla which caught the attention of everyone. These types of events would surely draw the attention of the Avengers which leaves fans to wonder if any of them will appear and help Moon Knight.

While Isaac’s performance as Moon Knight has been fantastic it definitely feels like the hero will need help after he has lost his powers. Now the hero is just a man with a gun taking on supernatural threats until he saves Khonshu from the other Egyptian gods. There are rumors that Blade or Hulk could make an appearance and hopefully they will because Marc will need all the help he can get.

Moon Knight also explores mental illness as the hero deals with Dissociative Identity Disorder. This means that the hero has several personalities and the series has introduced fans to Steven Grant and Marc Spector while hinting that a third personality could appear soon.

Do you think the MCU timeline is confusing? Let us know what you think!